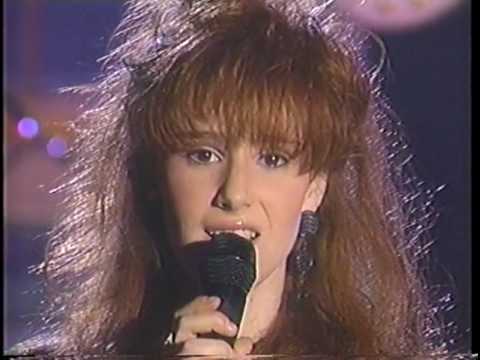 I’ve always found it peculiar how people remember things from your teenage years that seem so uneventfully random, particularly the older you get.  Considering I’m 46 this undeniably pertains to me.

I distinctly recall an assembly while a junior at Lafayette High School in Buffalo. The gathering was for S.A.D.D. (Students Against Drunk Driving) and on stage stood a woman speaker. They showed a video—a montage of her teenage daughter, who was tragically killed in a car accident because of a drunk driver. I had never heard the song playing in the background beforehand—Tiffany’s “Could’ve Been”. Being a young man I tried to “man up” but I couldn’t help it—, the tears wouldn’t stop from flowing.  Between the heartrending educational reason for which we were gathered and also the song I heard for the first time, I was a freegin’ mess.

Scout’s honor— I came home that day, called the local pop radio station and requested the song.  I sat impatiently with fingers on the play and record button of my boom box ready to tape the song (80s people know that struggle was real), and once it became part of my latest mix tape I probably played the song 20 times daily for a solid month.

I know most associate Tiffany with her monster hit “I think We’re Alone Now” but for me there was/is no comparison.  Could’ve Been is on the short list of my all-time preferred sad songs when I wanna get my depression on. It categorically blew me away that a girl so young (Tiffany was only 16 when this song was released) could sing with such heartache, passion and conviction.

Not entirely but (very) largely because of this song Tiffany became one of my favorite singers, not just from the 80s but period. A handful of years ago she performed at an 80’s bash and I was lucky enough to meet her and get close-up pics.  It was one of the celebrity highlights of my adult life.

Chart Success: It reached the top of the Billboard Hot 100. It held the top spots for two weeks before being bumped bout by Expose’s “Seasons Change”.  It went on to spend 20 weeks on the charts and finished eighth on the 1988 year-end Billboard Hot 100.

Great Lyrics: There were many more established female belters in the 80s but I’m not sure anyone else could’ve delivered these lyrics with the same angst Tiffany did.

Fun Facts: The song was written and actually originally recorded by Lois Blaisch. As for the song’s true meaning, Blaisch said in an interview with Songfacts.com how a broken relationship led to the song. “”He led me to believe he was going to finance my career and all this stuff,” she said. “I bought the whole thing, which is actually what inspired the lyric of ‘Could’ve Been’ because what I fell in love with was not necessarily him but all the things that he promised – all the big lies and the bulls–t. He probably was just trying to score. I don’t know. So, I didn’t really fall in love with him, I fell in love with what could’ve been.”