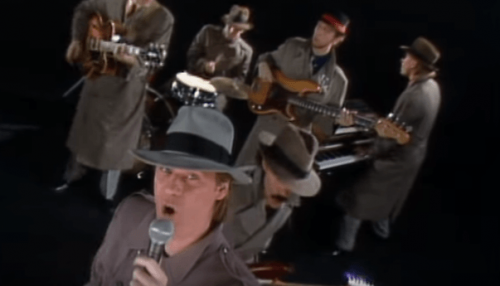 So what earns the Rock and Roll Hall of Fame duo the distinction of joining Madonna as the only four-timers (to this point) on the MoranAlytics countdown?  Well among (many) reasons, we’ll start with one of the most memorable, handclap-driven musical choruses of the 80s, if not any decade.

Private eyes (clap). They’re watching you (clap clap). They see your every move.

Whether it’s when Private Eyes first debuted in September of 1981 or at the club last night, there’s a 0.0% chance you’re hearing this song and not singing (and clapping) loudly to the legendary chorus.

In a 1985 interview with Rolling Stone, Darryl Hall pulled no punches, claiming Hall & Oates was much like the band largely perceived as the best in music history.

“I think we’re the ’80s Beatles,” Hall said to the magazine. “If we had been born 20 years earlier, maybe the world would have seen that. There’s something about our personalities that is very Lennon and McCartneyesque. And there is something about the body of work that we both have that’s similar.”

Hall may have been pushing it with his magazine quote, but there’s no denying how innovative they sounded.  In my opinion, Hall and Oates were the bar when it came to pop hits of the era. They had 20 top 20 hits, including six number-ones.  Of those, Private Eyes was my favorite.

I’m actually thinking this tune’s a bit low here. Between I Can’t Go For That and this, I’m reasonably confident I’ll be reflecting at this countdown with my biggest regret being both songs didn’t rank higher.

Great Lyrics: There were four co-writers on the song: Hall, Sara Allen (his girlfriend in a relationship that lasted 30 years), Janna Allen and Warren Pash.

Fun Facts:  From Songfacts.com: “The song title came from the 1980 movie The Private Eyes, starring Don Knots and Tim Conway as bumbling detectives. Warren Pash, a musician who was trying to make it in Los Angeles, was working on a song called “I Need You To Need Me,” but he didn’t like that title. He was driving on Ventura Boulevard when he saw the movie billboard, turned back home, and wrote the song with a new title and chorus: “Private Eyes.”.   Not surprisingly, the video for the song featured Hall and Oates dressed up as detectives.