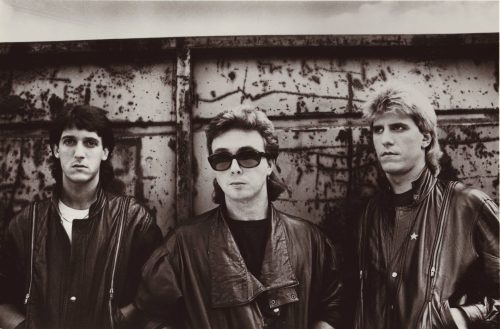 Josie probably shouldn’t have opted to go on a vacation far away from her residence, because her boyfriend is unequivocally locked into cheating on her.

There’s no denying this as the biggest takeaway from The Outfield’s 1985 smash hit “Your Love”; a semi one-hit wonder from the band.  I mean, they technically also charted with “All The Love In The World’ and “For You” and two others afterwards but whose kidding who here—you never heard those songs and neither did I.

From the first two lines —“Josie’s on a vacation far away, come around and talk it over”, it’s easy to see the band’s lead singer (Tony Lewis) is up to no good.

Desperate for a quickie, Lewis just wants to “use your love tonight”.  His lyrics reek of desperation.

My favorite part of the song? We never know if his overtures towards what we’ll assume is an ex-girlfriend are successful. The only thing we know for sure is that Mr. Lewis tends to like his girls a little bit older.

Regardless, I didn’t dig “Your Love” because of any adoration I have for adulterers. It was all about the distinguishing guitar riffs and that “Josie’s on a vacation far away” line sung in Lewis’ distinctive voice for me. It’s a line I physically couldn’t stop myself from singing in ’85, and still involuntarily belt out today from time to time.

The chorus is pretty kick-ass as well.

Chart Success:  Reached number-six on the Billboard Top 100 and stayed on the charts for 22 weeks.  It finished 1986 ranked 62nd on the billboard Top 100.

“I ain’t got many friends left to talk to

I don’t want to lose your love tonight”

Fun Fact: For some reason several major league baseball players have used this song as their walk-up music before at bats, most notably Colorado Rockies all-star outfielder Charlie Blackmon. This leads me to assume, heavily, that it must kind of suck being his girlfriend, especially if her name is Josie.