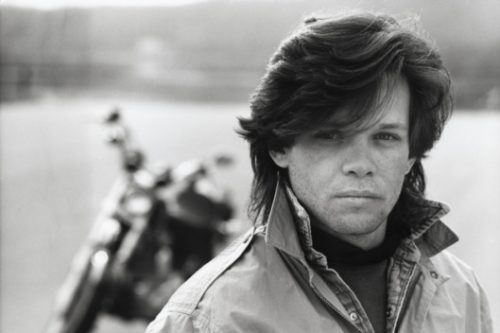 I’m speaking only for myself here but there’s a handful of songs that categorically personify 80s musical culture.  For me, “Jack and Diane” is unquestionably one of them.

In 1982 John Cougar, before he became John Cougar Mellancamp released this song and I was instantly drawn in the first time I heard it (as an 11-year old). There’s not a whole lot to it really—a young high school couple falls in love and’s already having the best days of their lives before an existence bloated of unfulfilled potential await.  I’m pretty confident Jackie not going to actually become a football star—at least that’s how I’ve always interpreted it.

Regardless, “Jack and Diane” genuinely feels like the pulse of the heartland of America.  You sense that tenfold with the video, which features a ton of Cougar’s old high school photos and videos to give it a vast sense of authenticity.

Truth be told, I wasn’t a big John Cougar fan. I didn’t like his other big hits nearly as much: “Hurts So Good”, “Small Town”, “Lonely Ol’ Night”, “Rock in the USA” or “The Authority Song”.

That doesn’t take away from this gem—which in my mind is a 80s classic.

Chart Success:  “Jack and Diane” reached number-one on the Billboard Top 100 and remained there for four weeks.  His most successful hit, it finished 1982 at number-seven on the Billboard year-end Top 100.

Great Lyrics:  Is there any doubt Jack and Diane “got it on” on the reg?

“Suckin’ on chili dogs outside the tastee freeze
Diane’s sittin’ on Jackie’s lap
He’s got his hand between her knees
Jackie say, hey, Diane
Let’s run off behind a shady trees
Dribble off those Bobby Brooks
Let me do what I please”

Fun Fact:  “Jack and Diane” ever-so-narrowly edged out “Hurts So Good” as his biggest hit.  While this song finished seventh in the year-end 1982 Billboard Top 100, “Hurts So Good” finished literally one spot behind it.  Cougar began performing with his surname Mellencamp shortly after these songs became successes.