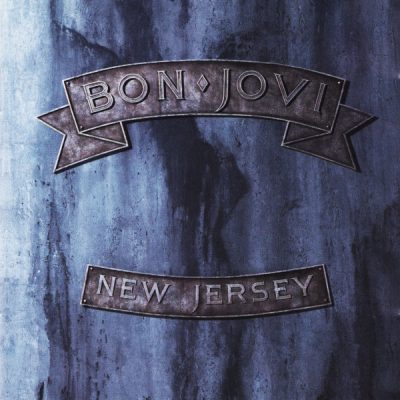 Album MVP: “I’ll Be There For You”

Why I Loved It: Oh boy. With yesterday’s inclusion of U2’s The Joshua Tree I offered a prediction that I’d get railed on having it too low on this countdown. Today I’m confidently predicting the opposite. Where I’m from (Buffalo, NY) I wouldn’t call Bon Jovi popular.  Ironically, I’m at the forefront of the hate brigade.  Seriously, I really fuckin’ despise Bon Jovi.

However, as a teenager one thing that was stronger than my hate for Bon Jovi was my affection for hot chicks who loved the band, which in the 80’s was essentially every female on earth. Girls didn’t have time for dudes hating on Jon Bon Jovi, so it forced us young men to at least tolerate their music.

To be completely honest there’s two Bon Jovi albums I actually enjoyed and this was one of them. The absurd amount of 80’s “hard rock” cheese on this collection of songs, it’s actually a really good album. You can make an argument, at least if you’re a fan of this genre that each song on the album is somewhat memorable. They invite tons of being too commercial and not enough artistic, but to their credit they’ve been geniuses at producing tunes the masses want to hear. They’ve put out nine albums since “New Jersey” but this is literally the last effort of theirs I’ve enjoyed.

Commercial Success: The third album and follow up to their breakthrough “Slippery When Wet”, “New Jersey” was a smashing commercial success. The album rose to number-one on the Billboard Top 200 within two weeks of its release and spent four consecutive weeks on top of the charts.  It’d go on to sell more than seven million copies in the United States and finished 1989 fourth on the year-end Billboard Top 200. “Bad Medicine” and “I’ll Be There For You” both went to number-one on the Billboard Hot 100. “Born To Be My Baby” nearly joined them, settling for third on the chart.  “Lay Your Hands On Me” peaked at seven while “Living At Sin” reached nine before stalling.  Per Wiki, this is the first and only Hard Rock/Glam Rock band to have five Top 10 singles on one album.

“It was the 1st American album released in Russia! Yep, New Jersey was released in the USSR by Russian record label Melodiya. It featured the same album cover and track listing but the back cover was entirely different… and was written in Cyrillic!

The initial working title of the album was Sons of Beaches. They ended up scrapping the name as they felt it was too closely related to Slippery When Wet.

The band had almost 30 songs ready for New Jersey and originally wanted it to be a double album. Their record company felt a double album was too risky and kiboshed the idea.

The accompanying Jersey Syndicate Tour saw the band play 237 concerts over 2 years, including a performance at the Moscow Music Peace Festival.”