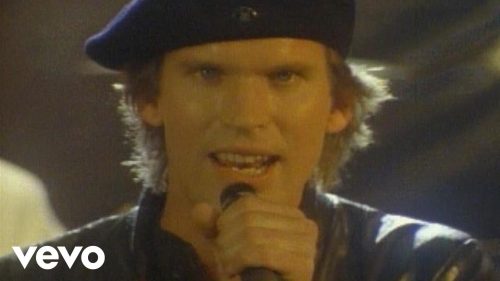 I’m going to throw this out there, and it’s likely an opinion not shared by many.  Rocky III was my favorite movie of the 1980s.  Yes, in a decade that featured Brat Pack cult classics Pretty in Pink, St. Elmo’s Fire, Sixteen Candles and The Breakfast Club as well as memorable giants Back to the Future, Ghostbusters, E.T., Dirty Dancing and Top Gun among countless others—for me nothing measured up more than the third installment of the Rocky series.

Mine is an admittedly biased opinion.  When I was a kid my dream was to be professional boxer—an ambition inspired by real life boxer Sugar Ray Leonard and of course, the fictional Rocky Balboa.  When I was a kid my mother bought me a pair of Sugar Ray boxing gloves and mini speed bag. In my bedroom nightly, I was training to be the future middleweight champion of the world.

It’s an aspiration that may have one day been realized—had I been any good.

Anyway, of any movie I saw at the cinema throughout the 80s Rocky III by far sticks out the most. I left the theater that Saturday day (I was only 11 years old but still remember the day of the week!) a ball of fire after Balboa teamed up with Apollo Creed to avenge Balboa’s loss to Clubber Lang, and I went back home to “train.”  Only now I had a NEW song to workout to— the greatest damn workout song in the history of music, I might add.

Occasionally a tune can become inseparably linked to the events of your youth, whether it’s good or bad, and the memories when hearing it are instantaneously remembered no matter how many years removed from when the song originated.

That’s how I feel about Eye of the Tiger. I hear it and I’m back to being 11 years old—each and every time.

In an interview with Songfacts.com, Survivor founding member Jim Peterik explained how the song came out.  “Frankie (Sullivan) came in with the lines, ‘Back on the street, doin’ time, taking chances.’ I loved those lines immediately and suggested, ‘Rising up, back on the street, did my time, took my chances’ to make it fit with the story line and to make the rhythm of the words fit the music I was hearing in my head. That was certainly the lyrical spark that got the song started. The next two hours flew by in a flash as we jammed, cassette recorder running nonstop to catch anything good we did for future reference, and at the end of the day, the music was about 80% complete and the lyric about 30%. Over the next few days, I worked hard on the lyrics, remembering pieces of movie dialogue like, ‘Went the distance,’ referring to the central phrase of the first Rocky movie.”

Is there a better one-two punch in 80’s pump-up music that Survivor’s Eye of the Tiger and Burning Heart (featured in Rocky IV)? I’ve said it before and it’s worth repeating—it’s damn near scandalous how underrated Survivor was.

Great Lyrics:  I don’t know about you, but Survivor definitely had me hanging tough and staying quite hungry.

“Face to face, out in the heat
Hangin’ tough, stayin’ hungry
They stack the odds ’till we take to the street
For the kill with the skill to survive

Fun Facts: Forget just 1982—- Eye of the Tiger finished as the fourth-biggest Billboard hit of the entire 1980s.  Only Physical (Olivia Newton John), Bette Davis Eyes (Kim Carnes) and Endless Love (Diana Ross and Lionel Richie) finished the decade charting higher. Rounding out the Top 10 of the 80s were Every Breathe You Take (The Police), Flashdance…What A Feeling (Irene Cara), Another One Bites The Dust (Queen), Say, Say, Say (Michael Jackson and Paul McCartney), Call Me (Blondie) and Lady(Kenny Rogers.)