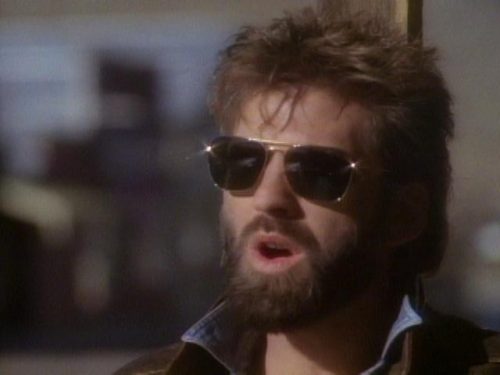 Let’s make one thing abundantly clear before proceeding. When  on the pages of MoranAlytics you’ll refer to Kenny Loggins as “Sir” Kenny Loggins.  You’ll do so without fail.  Neglecting to address the utlimate movie soundtrack performer of all the times as anything other than Sir Kenny Loggins will find you eternally banished in these eyes.

If you couldn’t guess, I’m an unapologetic Sir Kenny Loggins enthusiast. I annually pen a Facebook message to the Rock N’ Roll Hall of Fame, staking my disapproval of Sir Kenny’s unjust exclusion of their clique fraternity.  How does a legend who slayed movie track classics like “I’m Alright”, “I’m Free (Heaven Help The Man)”, “Meet Me Half Way”, “Playing With The Boys”, “Nobody’s Fool” and “Footloose” not get his rightful place in their hallowed halls?

Anyhow, the most amazing thing about “Danger Zone” from the 1986 movie Top Gun was the opportunity to record it being turned down by several musicians: Toto, Bryan Adam, REO Speedwagon and Corey Hart.

Some disagree (making you wrong), but “Danger Zone” is one of the better dance-rock songs of the 80s.  Of course, it’s the superb talent of Sir Kenny that saved this song from obscurity.  Can you imagine “Danger Zone” done by Corey Hart? Sad!

This is literally among my biggest go-to songs at bar jukeboxes to get the juices flowing.

Chart Success: “Danger Zone” was a hit commercially, reaching number-two on the Billboard Hot 100 and finishing the year 42nd on the year-end Billboard Top 100 for 1986.

Great Lyrics:  I’m not going to lie—I barely even get what the lyrics to the song actually mean. Does it really matter? Sir Kenny sings it luminously and makes everything fun.

Fun Fact: As mentioned earlier, Toto was offered first crack at recording this song but infighting between Toto’s lawyers (Toto had lawyers?) and the Top Gun movie producers squashed that opportunity. While I’m not as big  on Toto as I am Sir Kenny Loggins, I’d love to have heard a Toto version of this song.