Moor Pat is a spot in Williamsville with a really cool name and I’ve had several patrons there suggest I add them to my growing list of wing joints to try and rank. Who am I to deny their fans? I didn’t do any prior research and therefore had no idea I was walking into—it’s a smaller sized but pleasant craft beer bar.   As for the wings, well…….

PROS: The Cajun Dry Rub wings were very (VERY) good. Good spice and flavor and enjoyed them immensely. As a specialty wing they compare with a lot of Western New York’s heavier hitters. The 716 (traditional style) wings were pretty good as well with a slightly sweeter than normal taste I mostly enjoyed.  The wings were cooked very well—crispy and saucy enough without being overbearing on either end.

CONS: Lacked just a little bit of kick on their normal medium to stop me from completely enjoying them.  Also, while acceptably size aren’t among the bigger wings I’ve had.  Lastly and admittedly non-wing related, this small place at least has the feel of a brewery with no real domestic/cheap beer options other than $3.50 Utica.  30 wings and a small handful of craft pints ran nearly $80. That’s a lot, especially for cheap peeps like myself although in fairness my buddy “Sugar George” picked up the tab anyway. 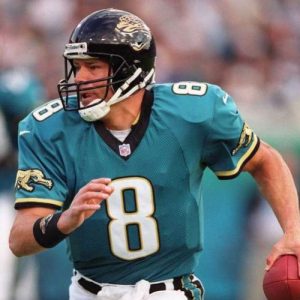 QB COMPARISON: Mark Brunell.  Quietly effective with a bit of a cult-like following.  Baby brother to the biggest greats but very capable of holding his own when given the opportunity.

RECORD IF MOOR PAT PLAYED A FULL NFL SEASON: 10-6. They’re going to the playoffs but will be road underdogs for the wild card round and likely one-and-done.

OUTLOOK: Didn’t know beforehand I was walking into a small-sized brewery, which isn’t a complaint. The bartender was really cool and a few of the locals I spoke with love the place. I can see why. It’s friendly and fun.  The wings were mostly good, a little better than expected on the Cajun dry rub side and slightly underwhelmed on the traditional side.  I’d recommend Moor Pat as a spot have a date night or hang with a buddy over a few craft pints and enjoy some wings, but I can’t label these as destination wings—meaning worth a long ride with wings as your primary objective.  Who knows how many spots I’ll end up evaluating but I suspect when it’s all said and done Moor Pat will be somewhere much better than just the middle of the pack, which in a wings-rich city like Buffalo is a pretty good compliment.