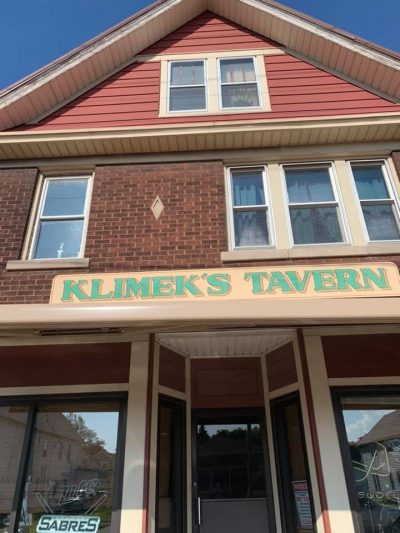 My parents taught me to never judge a book by its cover and fortunately I heeded those lessons. Unless you’re from or at least know the neighborhood well, Klimek’s Tavern in North Tonawanda is not an enticing place, outside or inside. There’s not a lot around it either, especially compared to the scenery of a place like Dwyer’s Irish Pub or Crazy Jakes just down the road—with other bars, shops and a beautiful river in plain sight.  Fortunately this isn’t a review of the nicest spots and streets in Western New York.

It’s all about the wings, baby. On that note, about those Klimek’s Tavern wings.

PROS: Holy crap are these wings are big. I mean, these may be quite literally the largest wings I’ve had anywhere.  They also come almost criminally cheap, just $7.50 for a single order or $14.50 for a double.  That’s not a special either, it’s their regular price.   Having a sizeable wing is one thing but it not tasting like shit is another. These were cooked well with a nice amount of crisp without overdoing it. The inside was moist.  This, ladies and gentlemen is a top notch chicken wing.

CONS: The only con I have is even when ordering a medium/hot sauce it felt closer to mild than hot.  Not terrible but not tasty enough either and lacked a kick. 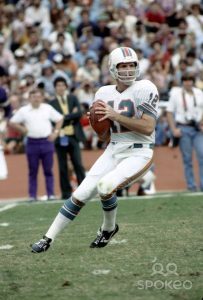 QB COMPARISON: Bob Griese.  You don’t think much when hearing his name but look at what he did in the NFL and you’re like, holy shit—this dude was a really good quarterback.

OUTLOOK: To call this place a pleasant surprise is an understatement. It kind of looks like a dump on the outside and sort of the same inside too, which of course makes many Western New Yorkers feel right at home.

I’m hesitant to throw the “hidden gem” term around because doing so often results in the effect starting  to get lost.

But I’m using it here. This is one of the better places for wings in Western New York people don’t talk about or hell, even know about.  If you’re not too uppity to have a “dumpy bar” feel like it’s beneath you I almost guarantee you’ll leave happy if not downright ecstatic you ate there.

The more popular Dwyer’s is minutes away and after having both I’m confidently recommending Klimek’s is better for wings, especially if you’re not looking for fancy pants flavors.

They’re very good and just a little more tasty wing sauce away from being a top 10 spot in all of Western New York.  I’m extremely impressed.