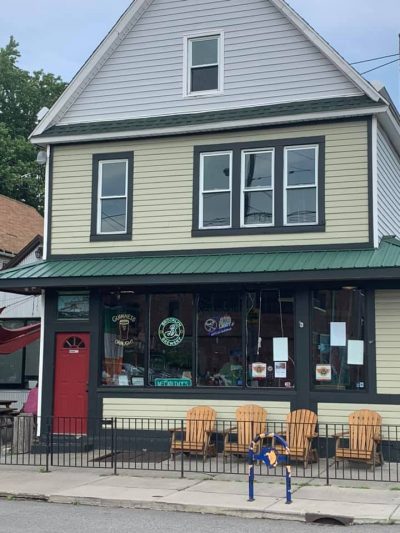 Folksssssssssssssssss. I didn’t come to this review alone.  My man Maniac and DJ Supreme from Trainwreck Sports joined me for a little Moran-Alytics Podcast collaboration.  I didn’t see the inside of the bar because I went with Supreme to set up gear for their “Wing Reviewz” video series nearly while Maniac ventured in to pick up the order, who by the way found Conehead chilling in the bar. Anyway, I heard plenty about McCarthy’s from fans on Twitter and collectively we decided it was worth checking out. So, how do the wings measure up?

PROS: I enjoyed the traditional medium sauce that accompanied this batch. It had a nice little kick without overpowering the palate or lips.  Wing size was adequate and there was a light crisp without tasting crunchy. While I didn’t see the inside I was impressed with the outside patio, which is plenty spacious.

CONS: I prefer wings on the saucy side and these flirted with lacking there. Fortunately the container had enough sauce on the bottom to prevent the dry wing taste I despise, but it was a close call. Also, if you like your wings on the extremely crispy side our batch fell a touch short. 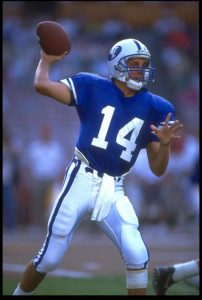 QB COMPARISON: Ty Detmer, legendary BYU quarterback who lit it up in college and won a Heisman but cut it in the NFL.  What I mean is these wings are a neighborhood standout but doesn’t quite measure up to the best of the best in Western New York. That’s not an insult towards Ty or Gene McCarthy’s at all, there’s plenty to be said for being the best in your area and while I have more spots to try in the Old First Ward, I’m reasonably confident McCarthy’s will be emerge as one of if not the best.

RECORD IF GENE MCCARTHY’S PLAYED A FULL NFL SEASON: 10-6 but to be honest a few of them victories are on the uglier side, low scoring affairs against other area wing joints.  They’re a good team, but they ain’t going to captivate the fan base.

OUTLOOK: Are these the elite or just below elite? I usually evaluate that by asking  if this is a place I’d drive 30 minutes or more solely for wings.  On that level I have to say—no.   They’re more than just “good” and verge on great, but they’re not elite.   Don’t get me wrong now, if you live in the Ward or somewhere close this a must have wing spot and you’ll enjoy them consistently.  On the Trainwreck review I gave them 85 (out of 100) while Maniac and DJ Supreme came in slightly higher.

I’d label these (very) good neighborhood wings with a solid recommendation but think they land a little short of being included among Western New York’s very best.