I’m not sure if Potter’s Field is actually located in West Seneca or South Buffalo. What I do know is I’ve been there probably a dozen times to enjoy several alcohol refreshments, especially annually around St. Patrick’s time.  What I’ve never done is try their wings, or if I have I was blacked out and don’t remember.

Have I been missing out? Well, read on.

PROS: These are high quality wings and plenty big. They’re cooked well with plenty of crisp while managing not to destroy the tenderness inside — a vastly underrated wing prepping trait.  There’s more than enough sauce and more importantly the said sauce was delicious. For a medium wing these had plenty of kick with little hints of heat.  Seriously, these are an all-around good wing with no glaring weaknesses.

CONS: Again, nothing that stands out as a con. To be nitpicky, one thing I’ll hit on is eating on the patio is a huge score in the summer because this bar gets insufferably loud inside.  I’m not referring to a blaring jukebox either—I feel like every patron has their volume go all the way up to 10 when I come to Potter’s, which has been several times. 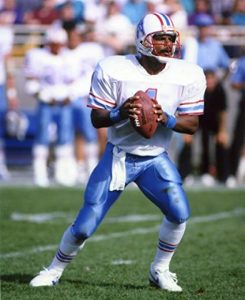 QB COMPARISON: Warren Moon. He couldn’t deliver a championship but man, that guy put up staggering numbers.  You’re not going to Potter’s Field for fireworks with your wings and settling for a defensive struggle. Get ready for a decent aerial assault.

RECORD IF POTTER’S FIELD PLAYED A FULL NFL SEASON: 10-6.  They’ll never win a Super Bowl but are a perennial division contender who’ll see the playoffs more often than not.

OUTLOOK: These are really solid wings. In fact, through the first 60 places I’ve reviewed and power ranked, these will probably land inside the top 20. There’s nothing discernably wrong with the wings, a trait I’m finding rare with more places I visit.

I think there’s an elite selection of wing spots, which I can’t place Potter’s Field on, but that next level of 10-15 is totally subjective, interchangeable and I think Potter’s belongs included there.

This is an easy recommendation for wings and in fact, you can’t go on a legit wing tour without including them. They’re really good.  Just bring ear plugs if more than six people are at the bar.