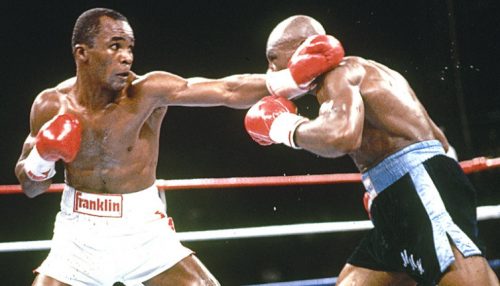 Happy Birthday to former middleweight boxing legend “Marvelous” Marvin Hagler, who turns 63 today.  Hagler against my boxing idol, Sugar Ray Leonard in 1987 may be my favorite fight of all-time. I’ll never forget watching with a group of friends entirely divided on who to root for. The fight was close it resulted in mass infighting between my crew on who won—so close that we re-watched the bout on HBO the following week keeping our own scorecards and resumed quarreling over who won.  Hagler thought he did and was so repulsed with the outcome and Leonard’s failure to give a rematch that he ultimately retired.