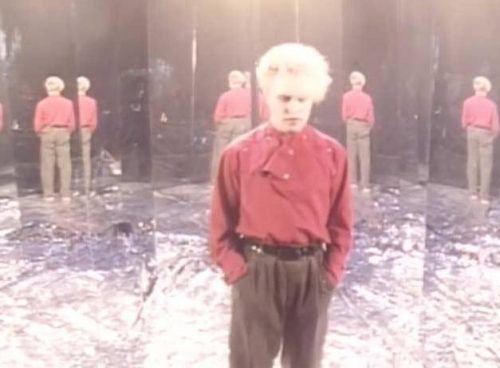 Songfacts.com describes “ I Ran (So Far Away)” by Flock of Seagulls as the following: “This is the opening song of the album, which is a concept piece about an alien invasion of earth. The song itself describes a person seeing an attractive female – he becomes anxious and wants to run away from his feelings but he can’t forget her. Then they are both abducted by the aliens.”

I never knew what the song was supposed to mean and to be honest, I really don’t care to either.  I loved “I Ran (So Far Away) because of the sweet synthesizer sounds, the funky voice of the British pop band’s lead singer (Mike Score) and the impossibly to not sing along with chorus.

A true one-hit wonder (in the United States anyway), Score has admitted in several interviews that he hated the group playing the song because it’s the only thing the audience was interested in hearing.

Young (in general) music fans may more associate the song as being in the 2002 Grand Theft Auto: Vice City video game, including promotional commercials.

I was only 11-years old when “I Ran (So Far Away)” came out—for the record, having to type  (So Far Away) is annoying. Anyway, thanks to this tune for introducing me to the art of pretending to play the keyboards while actually banging my fingers on the kitchen table.

Great Lyrics:  I’m not trying to fool anyone here—the lyrics are pretty stupid.

Fun Fact: As much as I dug this song, evidenced by its inclusion on this countdown, VH-1 apparently loved it more.  It came in at No. 55 on the VH-1 100 Greatest Song of the 80s.