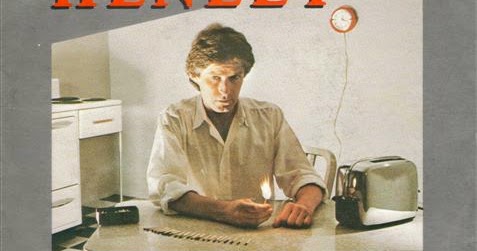 As I grew older, I gained an appreciation for the premise of Don Henley’s “Dirty Laundry”, which for the record is great.  However, this was released when I was 11 and back then the song grabbed my attention for two reasons: it was once theme music on Saturday morning WWF programming, and I really (really) liked singing the whole “Kick ‘em when they’re up, kick ‘em when they’re down” lines over and over again.

The inspiration for Henley doing Dirty Laundry stemmed from the heartlessness media reports in the eyes of many that encompassed the deaths of John Belushi and Natalie Wood at the beginning of the 80s. Soon after journalists would converge all over Henley after he got pinched for contributing to the delinquency of a minor while also possessing weed, coke and ludes.

I worked in the media for several years— well I did if you include basement blogging and writing for countless shitty print rags, but I digress. Anyway, I came to know several journalistic terms and “is the head dead yet” is among them. It means once something is being printed (or in today’s age, posted and screenshotted) it cannot be changed.  Henley uses this lingo, masterfully in his song.

Dirty Laundry was Henley’s first major hit as a solo artist and my personal favorite. That’s saying plenty, as I greatly admire much of his work; especially The End of Innocence, Boys of Summer, The Last Worthless Evening and Heart of the Matter. I truly love Henley’s voice—so much that were I putting together of Mt. Rushmore of pop male vocalists Henley would be a strong contender to find his face on it.

Great Lyrics:  This may be the most contemptuously disapproving tune about mainstream media ever.

Can we film the operation?
Is the head dead yet?
You know, the boys in the newsroom got a running bet
Get the widow on the set
We need dirty laundry”

Fun Facts: This is what Songfacts.com says about Dirty Laundry: “The lyrics make fun of news anchors who are more concerned with their looks than accurately reporting the news. Many local news stations have at least one “bubble headed bleach blond.” The folks who work behind the scenes in local news are usually well aware of the superficial and vapid product they create, and many stations have used this song on their TV station blooper reels. Before YouTube, these local news bloopers lived on tapes tucked away in the dark corners of newsrooms.”