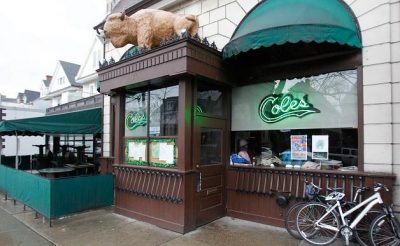 Quite literally I’m writing the exact same lead-in I did for its next door competition/counterpart, Goodbar.  “Is part of the legendary Elmwood strip on the west side that has served legions of drinkers for several decades.  As a Buffalonian I don’t call it a stretch to call it part of the fabric of the city of Buffalo.  But—– how were the wings when I tried them? Read on to find out.”

PROS: I enjoyed almost everything having wings at Coles.  You can choose between the bar, a table inside, a table in the open air outside or directly on the Elmwood avenue patio to eat at.  The wings were above average sized with a good amount of crisp without overdoing it and most impressively the medium/hot sauce made for tasty eating. I had a little heat on my lips but not too much. 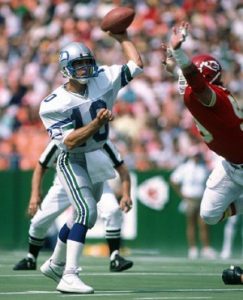 CONS: The only thing I didn’t like is that they could’ve been a little saucier. Smothered in sauce isn’t for everyone but these verged on being sauce needy.  That’s all I got.

QB COMPARISON: Jim Zorn. I don’t quite consider him elite but he’s certainly always belonged in the conversation.

OUTLOOK: I’ll skip being politically correct and get right to saying if you’re walking down Elmwood with wings on your mind and hit this part of the strip, Coles scored a decisive knockout over Goodbar, at least for me. I love Goodbar as a place to hangout and drink but was disappointed in the wings. I love Coles as a place to hangout and drink and was also more than satisfied with the wings.  I can’t go as far to put Coles in the elite category of wings—-definitely not top 10 in comparison to all of Western New York but I’ll confidently recommend this as a spot to hit up for any legitimate wing tour.