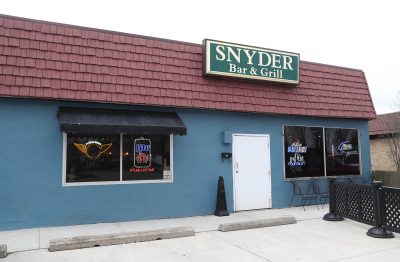 I keep things honest with y’all when doing these. I never even heard of Snyder Bar & Grill in Amherst until Buffalo News sportswriter Jay Skurski suggested we meet up there to have wings before taping a podcast immediately after. I get countless recommendations from fans of places on Twitter and can confidently say this spot had never reached my mentions once.

Snyder Bar & Grill is your dime a dozen, unassuming bar/dive you find in most neighborhoods. There’s nothing fancy about the place and it looks pretty old, especially the sit down booths. The jukebox is louder than it needs to be and sports are always on the TV. Like I said— you’re average Buffalo area bar most of us know and love.  For the purpose of the post the only thing that matters are the wings—so, do we love them?

PROS: I liked everything about these wings, both traditional medium and the Cajun.  Let’s start with the medium because it’s easy to fall in love with any bar’s exotic/signature flavored wing.  For me the meat and potatoes of earning the distinction of being labeled a great wing house is the medium/hot wings, a wing that can be compared against anywhere else.   Everyone has traditional “Buffalo Wings” and the mediums here are among the best I’ve had in Western New York, period.  They verge on being huge with tender meat on the interior and a delicious freegin’ wing sauce.  When it comes to regular ole’ medium wings there’s but two or three places I enjoyed more or even as much as Snyder.

That’s not to take anything away from the Cajun either, which were dry rub and borderline delicious as well. I’m a Cajun guy and eaten pretty large handful of great Cajun wings in Buffalo—count these among them.

CONS: I’m grasping at straws by trying to point out any significant con with these bad boys because there are none.  Maybe they could’ve been a touch crispier and saucier but that’s all I got and I’m admittedly being nitpicky. (UPDATE: I’ve since had these again and while they were still good, they were definitely missing the magic I felt the firs time) 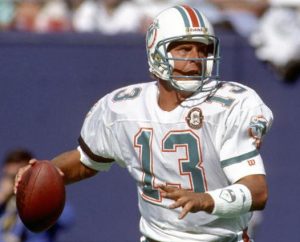 QB COMPARISON: Dan Marino. Dude got straight disrespected in 1983 by being just the sixth quarterback selected in the draft. He responded by dropping bombs and touchdowns on the league like few else ever did. I fancy myself a connoisseur of wings yet never heard of this place until Skurski pointed it out. In other words, I disrespected Synder like NFL scouts did Marino.

IF SYNDER BAR & GRILL PLAYED A FULL NFL SEASON: 10-6. They won’t draw a ton of TV ratings but make no mistake about it—they’re winning their division comfortably, especially if it’s the NFC east.

OUTLOOK: I’ve eaten wings at enough places over short periods of time that I rarely get blown away.  Admittedly perhaps in part due to coming in with relatively low expectations, I’m pretty freegin’ amazed at how good these were.

Why is the Buffalo wing goer community sleeping on this place? They’re exceptionally good—so much in fact they’ll (very) seriously flirt with hitting the top 10 when posting my Fall 2019 Wing Power Rankings soon.