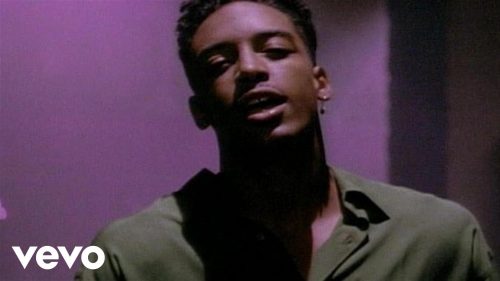 Shai had one great R&B album in late 1992 and then may or may not have plummeted from the earth not long after—I honestly don’t know.

But I’ll tell you this much, what a great album it was.

To the best of my often drunken recollection the CD era was ushered in during the early 90’s and this was one of the first discs I remember purchasing and subsequently wearing out.  “Comforter” and “Baby I’m Yours” were enjoyable jams but the title track, “If I Ever Fall In Love” was far and away my favorite (NOT the acoustic version—I prefer the track with music).

Seeing I was in love with multiple girls featuring brown eyes with dreams they’d be my lover and friend (lyrical puns), I played this song on loop in my early 20s.

Unfortunately for Shai “If I Ever Fall in Love” was the prototypical one-hit wonder.  The track reached all the way to number-two on the Billboard Hot 100 and finished 1993 seventh on the year-end charts, but it was the only Top 40 song for the group.

Their lack of staying power doesn’t help them compare favorably to other 90 R&B standout groups like Jodeci, Boyz II Men and Dru Hilll to name a few, but there’s no denying the smoothness of this superbly laid out romantic track.