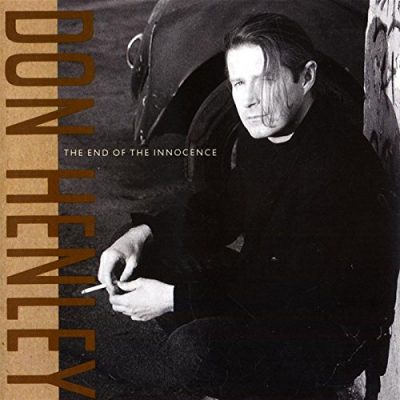 Album MVP: “Heart of the Matter”

Why I Loved It: If I were to create my own Mt. Rushmore of male vocalists, Don Henley would be a prime contender to make the cut.  Obviously beginning from his Eagles day but equally as much his solo career, Henley’s long been one of my favorite male singers of all-time.  That’s not because I like the sound of his voice but also because I feel like I’m getting a story from him with nearly every tune.  That’s certainly the case on his End of Innocence album. “Heart of the Matter” is one of those heartbreaking tunes that became a go-to to mine on several occasions during the rough times and/or ending of relationships I cared about. Man, that tune still hits me today. The only reason it wasn’t ranked and ranked very high on my Top 100 Songs of the 80’s countdown last year was because the single didn’t come out until early 1990.  “The End of the Innocence” is another thought provoking track that may lead you back to places and people from your past that shaped your life. “The Last Worthless Evening” is a great song about moving on from a painful breakup.  As for “New York Minute”—I’m a New Yorker, enough said.  Most of these albums on this countdown to this point are on because they’re fun.  Henley’s music could be fun, but mostly it made me feel certain ways that most musicians can’t deliver. I love Henley and especially this amaze-balls album.

Fun Facts: From Wiki: “The song is rumored to be about actress Michelle Pfeiffer. Henley himself tells the story to concertgoers that he was at a Hollywood party in the late 1980s when, from across the room, he spied the beautiful blond “It girl” of Hollywood. She had just broken up with her husband and was sitting on a couch smoking a cigarette next to her recent co-star, Jack Nicholson. Henley says that he, like every man in the room, wanted to meet her. As he tells it, he walked up to the woman and asked if he could bum a cigarette. Without ever looking up at him she thrust a cigarette in his direction. As he slinked away, he says Nicholson chortled, “Well played, Henley.” (Vegas, 2012). Pfieffer separated from her first husband, Peter Horton, in 1988 and co-starred with Nicholson in The Witches of Eastwick in 1987. The female protagonist in the music video of this song is played by Clare Michelle Hoak, the daughter of Jill Corey and Don Hoak.”