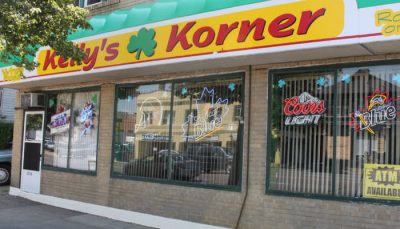 One of my favorite things about wing spots is that much like the food itself, they come in all sorts of varieties.  You got your fancy spots and your (affectionately known as) holes in the wall.  Kelly’s Korner definitively falls in the latter. Located on Delaware Avenue and Hartwell in the heart of North Buffalo it’s equally known, at least among locals for cheap drinks, killer beef on weck and unrivaled chicken wings.  For the purpose of this post let’s focus on the last part.

PROS: It’s a small bar and you immediately know you’re somewhere that’s been around for awhile. Personally, I love that. Devouring chicken wings is a messy business and I ain’t trying to feel I should be better dressed to get my hands on some. They also have (really) good drink prices if you’re in the mood for a few cold ones, which duh who isn’t.  As for what we’re here for, the wings pass the test with flying colors. I got half medium/half hot and there was a discernible difference. The medium were spicy but not make my forehead sweaty spicy. The hot had heat but not enough to make me regret having them.  I was pleased with the wings and also the price—only in the neighborhood of $15 for a double when I was there, which went perfect with my $2.50 pints.  The elder bartender was lovely as well, for what it’s worth.

CONS: No significant cons but must say this. One reason I visited was the recommendation of numerous friends I grew up with from that area who swear they’re the best wings they ever had. That made my expectations unreasonably high.  For the record, I don’t agree with my buddies and it’s not particularly close either.  Now don’t get that all twisted — Kelly’s Korner had way above average wings and they’re the best in that specific area I’ve had 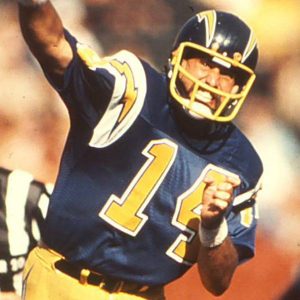 yet, but a real student of the Western New York wing game knows there’s absolutely better out there.  Also and again not a significant con if any at all, but not everyone appreciates the neighborhood “comfy” feel of the place.  For some it’s stuffed and dingy. To that of course, I personally request for you to kindly remove the stick from your snobby ass.

QB COMPARISON: Dan Fouts.  He’s good. He’ll light it up the stat sheet and get you to the playoffs.  He’ll win you a playoff game or even two.  He’s simply just not Super Bowl champion quarterback material.

RECORD IF KELLY’S CORNER PLAYED A FULL NFL SEASON: 10-6 if it’s wings only, but we’re talking 13-3 if you add Beef on Weck to the mix.

OUTLOOK: This place isn’t quite elite for wings but it’s not far off from that distinction.  Incredibly they’re known even better for their beef on weck, which after Bar Bill may be the best I’ve ever had. Look, the place is small and kind of rundown—I get that’s not for everyone. However, the combination of high end bar food at great prices with friendly faces makes Kelly Korner’s a must-try for any legit wing-goer.