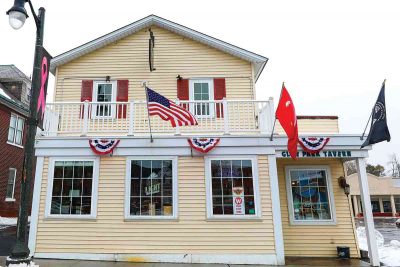 I took a drive from Orchard Park to North Buffalo on an early Sunday evening to hit up KO Sports Bar & Grill for wings.  I was excited all the way until walking up to the door and finding the place was closed.  Dejected and also wing hungry in the car I started thinking of other places to try and remember seeing Glen Park Tavern a few times as a recommendation on my Twitter. That coupled with being a stop on the Visit Buffalo/Niagara wing trail made this a must-try for me. So, does Glen Park Tavern live up to the hype? 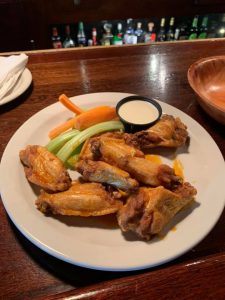 PROS: The place is nice, clearly geared more towards sit down meals than sucking down drinks at the bar.  Several families sitting down enjoying dinner on a Sunday evening and among them I saw a roast beef sandwich with fries that looked incredible.  Also, customer service was very good.  As far as the wings themselves though—crickets in this category.

CONS: Not going to mince any words here—these were horrifically terrible wings. Despite asking for saucy when ordering my medium wings the sauce was blatantly sparse.  Speaking of, it was bland and boring with zero kick or flavor to the point I felt like I might’ve been better off ordering them plain. I’m not an extra crispy guy so a wing not well done plays to my advantage. However, these verged on straight up undercooked not to mention on the small side. Last but not least, a single order only has eight wings (that’s what they gave me anyway) but still cost $13.95, making them grossly overpriced. 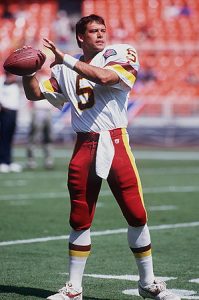 QB COMPARISON: Heath Shuler, a top five draft pick who was a complete bust in the NFL.  After seeing these wings ranked high on several lists and being part of the Wing Trail I had high expectations for a pleasant wing experience.  Couldn’t have been more wrong.

RECORD IF GLEN PARK TAVERN PLAYED A FULL NFL SEASON: And with the first pick in the 2020 draft, Glen Park Tavern selects…

OUTLOOK: Congratulations, Danny’s South — as of this posting you’ve been relieved from being dead last on my power rankings.  When you factor in hype, price and the final product I couldn’t have been more disappointed.

I don’t take pride in burying anyone’s business and I’m sure there’s plenty of things Glen Park Tavern are great at, but chicken wings are not one of them and frankly. anyone who thinks these are upper tier or even average wings by Buffalo’s standards need to have their heads examined. There’s only been a handful of times I can remember eating wings and just wanting to be done with it. This was one of them.

Glen Park Tavern’s wings are terrible to the point I couldn’t in good conscious recommending to my worst enemy. Save a few bucks and get wings at Little Ceasars instead—they’re equally enjoyable.

That roast beef sandwich (and probably several other things on the menu) is another story.