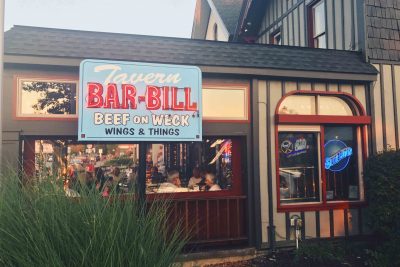 On a national level it’s Anchor Bar or Duffs that’s most associated with chicken wings.  However, if you’re a Western New Yorker, Bar Bill in East Aurora is widely known as the most popular spot.  Does it live up to the hype?  Let’s dig in.

PROS: Umm, yes it lives up to the hype.  I love these wings, especially the traditional medium (the hot can be a bit too hot for me.)  They were cooked perfectly and the wing sauce is literally painted on. It’s a damn thing of beauty. If you’re a Buffalo Bills fan there’s a reasonable chance you’ll see a current or former player sitting at a table or the bar.   Same goes for a sports media member.  Friendly place, at least semi-reasonably priced in a very nice part of the region.

CONS: If you’re hungry during prime eating hours it can be a huge pain in the ass to get a table. There’s an above average chance you’re going to wait to sit down and if it’s really busy you be fortunate just to physically walk in the place.   For being such an immensely popular place it’s rather small and crampy. 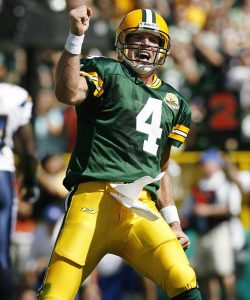 QB COMPARISON: Brett Favre.  If he’s your quarterback you’ll have to deal with some headaches (waiting to eat and feeling stuffed in at times) but at the end of the day it’s well worth it.  Favre’s production and appeal was as good as it gets.

RECORD IF BAR BILL PLAYED A FULL NFL SEASON: 13-3 with all three of those losses annoying, such as the wait to eat at this place sometimes.

OUTLOOK: It’s easy to understand why this is Western New York’s most popular joint for wings. Ironically the wings arguably aren’t even the signature item on the menu as their beef on weck is on another level.  The only scenario I wouldn’t recommend Bar Bill is if you’re on an empty stomach and in a hurry.  Park the car, enjoy the vibes of East Aurora, maybe grab a beer next door while you wait and you’ll ultimately enjoy a feast of elite wings.

(UPDATE: THIS WAS WRITTEN BEFORE BAR BILL NORTH OPENED. I’VE YET TO HAVE THEM AND EVENTUALLY WILL REVIEW THOSE TOO)