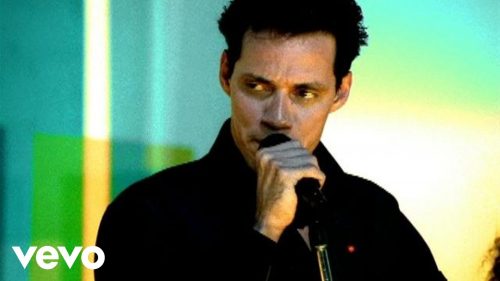 When people talk of amazing male vocalist over the past 15-20 years, it appalls me that Marc Anthony is rarely brought up.  Whether it’s in English or his native Spanish, few performers can hit and hold notes with the powerhouse singer.

“I Need To Know” is one of those songs in the late 90’s I found infectious. Anthony’s written far better songs lyrically throughout his career but there’s something about the beat and killer vocals that’s always drawn me this tune in particular.

Truth is, the passionate temperament Anthony brings to his music completely transcends race, age, gender and most importantly, language barriers.  He played a pivotal role in making Hispanic music more mainstream in the United States among all people.

“I Need to Know” is danceable and catchy yet also romantic.  I can’t say it’s my favorite Anthony song ever, but it’s my preferred choice of his 90’s catalog.