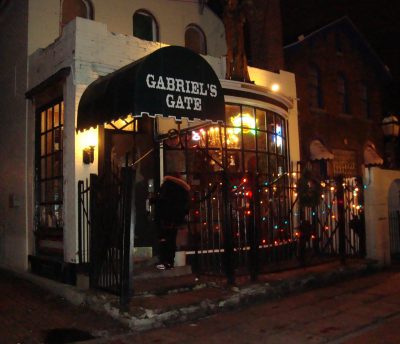 Garbriel’s Gate is a trendy spot in the heart of Allentown known for wings as well as other eats and beverages. It’s a favored wing spot for many sports media folk, but does it live up to the hype? Let’s dig in.

PROS: I really liked this place. It’s nice without being overly fancy and just feels comfortable. The bartenders and waitress were friendly and the atmosphere felt great even in the middle of winter when it’s easy to miserable. The medium wings weren’t elite but nonetheless tasty. For me where this place made its bones was with their Cajun BBQ. Only physically being unable to stuff anymore in my mouth stopped me.

CONS: This isn’t really a con but I’d have enjoyed the Cajun BBQ even more had they been done on a pit.  Because they didn’t they fell just a bit flat for me.  Aside from that the only thing that kind of sucked was the wait.  I was with three others and we waited unreasonably long to eat, especially considering there was plenty of unoccupied dining tables and bar stools.  Lastly while not insanely priced it certainly wasn’t on the cheap side either, although to be fair plenty of beer may have contributed to our expensive tab.  While I enjoyed the food and the experience here, this place is constantly talked about one of, if not Western New York’s best wing spots.  In that context, I consider it overrated. 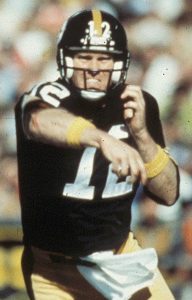 QB COMPARISON: Terry Bradshaw. A Hall of Famer, although one could argue  it was his surrounding teammates that helped make him the dominant champion he’s known to be.  The wings here are without question upper class, but it’s the overall vibe and atmosphere of the place that for me puts it up in elite territory.

RECORD IF GABRIEL’S GATE PLAYED A FULL NFL SEASON: 10-6. They’re definitely good, but I’m not sure they’re THAT good.

OUTLOOK: If you’re generally cheap like me be mindful of the menu, particularly on the drinking side.  The only scenario I wouldn’t recommend here is if you’re in a rush. Aside from that, you’re almost guaranteed a pleasant eating experience.

Note: My reviews and ultimately Wing Power Rankings are always based on the same criteria. I try medium wings plus at least one specialty or flavor I’m in the mood for. I don’t ask for anything special (such as extra crispy or extra saucy) other than requesting as many flats as possible. I also put at least some stock into vibe, service and price.)