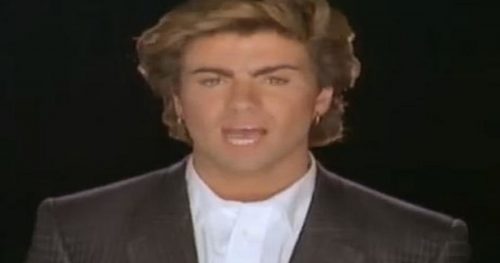 I never realized I was that big a Wham fan until now, as a second of their songs (kind of theirs) have landed inside the Top 20 of my countdown.

If you want to be technical, Careless Whisper actually in United States was credited as “Wham featuring George Michael”, but we’re not trying to be technical. Sure, Michael sings exclusively (his Wham! bandmate, Andrew Ridgely would leave the stage when they would sing this on tour) but I don’t care—it’s still Wham’s song to me.

I loved Careless Whisper, even though I was just 13 when it was released and had no girlfriend to cheat on with an older woman (as the video depicts).

Michael confirmed the song he co-wrote (with Ridgely) had no personal truth for him either at that time (he was only 17 when he wrote it) and that the lyrics were s fictitious. Via Songfacts.com, Michael said in a 2009 interview with The Big Issue “I’m still a bit puzzled why it’s made such an impression on people… Is it because so many people have cheated on their partners? Is that why they connect with it? I have no idea, but it’s ironic that this song – which has come to define me in some way – should have been written right at the beginning of my career when I was still so young. I was only 17 and didn’t really know much about anything – and certainly nothing much about relationships.”

Careless Whisper is everything a slushy pop song from this decade was supposed to be — an unforgettable chorus forever on loop in your brain, mixed in with hauntingly sexy saxophone riffs.   Seriously, I can’t overstate how cool the sax theme is literally from the first note….  and for a cheesy pop tune Wham’s lyrics are unexpectedly solid.

Truthfully, even though Careless Whisper is a song about a dude who fucks up by cheating, as I got older I used it as my general failed-relationship depression theme tune.  If I had a dollar for every night I spent as a teen disheartened over a girl while playing this on repeat accompanied by my less-than-stellar vocals, I’d have had enough money to buy myself something nice.

Perhaps this ritual lasted well beyond my teens—I refuse to confirm or deny.

Semi-joking aside, this was a monster sized successful “sad” song of the 80s—one of the very best and deep personal favorite of mine.

Chart Success:  There’s few songs of the decade that enjoyed more commercial success than Careless Whisper. It rose all the way to number-one on the Billboard Hot 100 and stayed there for three weeks before getting knocked off by REO Speedwagon’s “I Can’t Fight This Feeling.”  It stayed on the charts for 22 weeks and finished 1985 as the number-one song on the Billboard Hot 100.

Great Lyrics:  Clear your throat and sing along loudly as we reach the song’s climatic point… You know you want to.

Fun Facts:  The hard rock group Seether did a cover version of Careless Whisper, one I do not like at all.  They said an interview with Songfacts that “Basically, it’s a love song written by a gay man, and they wanted us to do a Valentine’s Day song for iTunes, and we said, ‘Well, let’s pick a gay love song. But we love the song. It’s one of those guilty pleasures that you have. The last thing that we wanted to do was a serious love song, and it doesn’t get more cheeseball than that. We decided to take the opposite approach.”