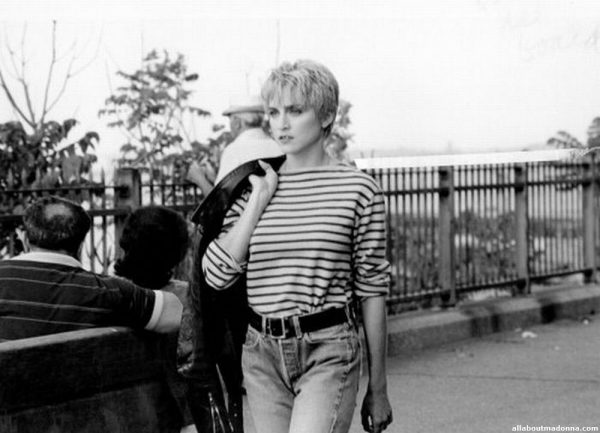 There’s two things I recall so vividly when “Papa Don’t Preach” was released in 1986—Instantaneously it turned into one of my favorite Madonna songs (with plenty of other contenders), and even more so the total shit-storm it caused from protestors.

Critics in general and women particularly lost their damn minds over some of the lyrics— declaring the song inspired teenagers to have sex and possibly even at least indirectly endorse teenage pregnancy. The video depicts Madonna trying to tell her father she’s pregnant, and that she intends on keeping her baby.  If you’re a bit less cynical, you’ll simply enjoy her dancing and romantic night with her boyfriend.

For me personally, I don’t overthink and analyze pop songs. When Paul Simon or Paul McCartney pen a tune we’ll grab a beer and dissect its inner meaning.  I enjoyed this Madonna tune because of its beat and killer hook, not to mention she can sing her ass off. That’s not to say the song didn’t carry a strong message (it did), in this case I unpretentiously didn’t care.

Chart Success: Not surprisingly this peaked at number-100 on the Billboard Top 100 and stayed there two weeks (August 16 and 23).  At the time it was Madonna’s fourth number-one hit. It finished 1986 at No. 29 on the Billboard chart.

Great Lyrics: As Madonna tells her father (in the video), Danny Aiello.

“The one you warned me all about
The one you said I could do without
We’re in an awful mess
And I don’t mean maybe, please

Fun Fact: In a 2009 interview with Rolling Stone (as described on Wiki), Madonna had this say regarding why “Papa Don’t Preach” meant so much to her.

“[The song] just fit right in with my own personal zeitgeist of standing up to male authorities, whether it’s the pope, or the Catholic Church or my father and his conservative, patriarchal ways.”  she said.