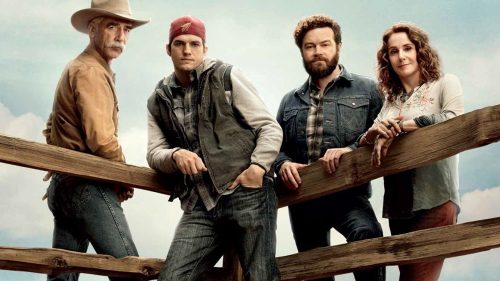 (Warning: If you’ve yet to watch Season three of “The Ranch” on Netflix, it’s probably not a good idea to read this post, as many spoilers are included)

In my opinion, there’s a tendency over the past several years of viewing television shows. Shows tend to peak over the first few seasons before considerably tailing off and ultimately become unwatchable.  I’m talking about you Orange is the New Black and House of Cards among others.  Who knows—maybe TV series have always been that way and I was too blind to notice or care.

Three seasons into Netflix’s “The Ranch’ and I don’t see any regression. In fact, I think the show has gradually improved. If you didn’t abandon ship after the first dose of episodes which were yes— kind of uninspiring, you’re been remunerated with a well-rounded show constructing equal parts calamity and raunchy laughs.

Initially I thought The Ranch was an R-rated comedy sitcom packaged for Netflix and to some degree it is, but it’s deceptively more profound.  Sure, there’s the old-school laugh track featuring plenty of dick and fart puns highlighting sophomoric behavior from the males constantly called out for it by the leading ladies.  However, there’s a copious amount of serious plot lines as well.

A few that began in the first two seasons and become more glaring in the latest batch include:

A father-son bond between Beau and Colt’s brother, Rooster (Danny Masterson ) is broken and has Rooster kicked out of the house and family ranch business.

Season two ended with a cliffhanger; Heather’s pregnancy bombshell.  As the latest block of (10 episodes) begins Heather tells Colt she’s planning on getting an abortion (like I said—this season gets deeper). It results in a surprisingly very open pro-choice stance by Maggie in consultations with her torn son, who initially is very much against the prospects for an abortion. She ultimately breaks through to Colt, who decides to support Heather no matter what she does.  He eventually apologizes to Heathers and offers to do anything he can to be supportive, including driving her to the clinic.  At the last second Heather decides she can’t go through with it, and Colt ends up getting a second job stocking shelves at Safeway to defray medical costs.

The whole Abby hating Colt but finally coming around to love him anyway while internally struggling with it all takes a backseat this season.

For me, the true luminaries of Season three are Beau and Maggie and the labor of moving forward following their divorce. Beau tries to develop relationships with other women with (very) limited success because for him all roads lead back to Maggie.  However, there’s no fairy tale ending for the former long-time lovers—-not at this point anyway as Maggie’s made several life-changing decisions of her own.  After spending most, if not all her adult life putting her family’s dreams and needs ahead of her own, she decides she’s going to sell her bar, skip town for a stretch and see other people, including a sketchy musician (Lou Diamond Phillips) she sleeps with near the end of the season.

Her arc dominates Season three—even if Kutcher is the star.

I should probably be a more cautious with my review, as this all seems a bit too melancholy.  It’s not like The Ranch had devolved into St. Elsewhere or This is Us.  At its foundation there’s still plenty of hoots, hollering and a shitload of (mostly) well comically timed one-liners.

A less-than-satisfactory cliffhanger of Colt receiving a call that Heather’s in the hospital (that’s all that’s revealed) withstanding, Season three was far and away The Ranch’s best yet.

MoranAlytics Grade: B…  a solid B.