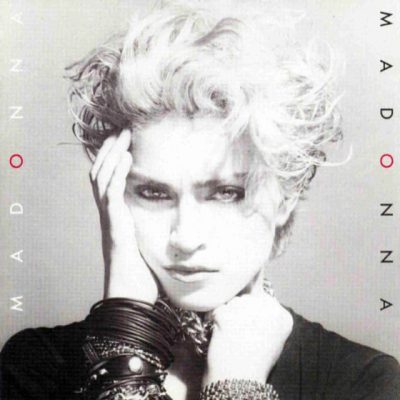 Why I Loved It: This album is truly a pioneer in the genre of dance music, setting the bar extremely high not just in the mid-80s but for many years since. “Borderline” is the first of what would be countless Madonna songs I loved listening to through the years.  It came in at No. 88 on my Favorite 100 Songs of the 80s countdown last year. Of that song I wrote the following, “’Borderline” was one of her early classic pop-dance tunes that defined a decade musically, irrespective to race or gender.  Madonna was someone everyone liked and I don’t care what your general musical preference was.” This is 80’s pop music at its finest and there’s such a liveliness to Madonna’s debut album that would set the stage for one of the biggest and best careers in the history of the music business. Madonna became so big in the years following this that if she went on TV and started smoking crack there woulda been hoards of civilians frantically searching for drug dealers. Seriously, she was that big. There’s something singular about listening to this album that just sticks with me and never feels dated. The lyrics are unpretentious and a lot of fun.

There’s no indication here Madonna would eventually convey musical sermons about religion, sex and all kinds of other social issues in her future albums.  I freegin’ loved this album.

Fun Facts: From Madonna’s Wiki page: “Stephen Thomas Erlewine (famous music critic) said that with the album, Madonna began her career as a disco diva, in an era that did not have any such divas to speak of.[14] In the beginning of the 80s, disco was an anathema to the mainstream pop, and according to him, Madonna had a huge role in popularizing dance music as mainstream music, utilizing her charisma, chutzpah and sex appeal. Erlewine claimed that Madonna “launched dance-pop” and set the standard for the genre for the next two decades.[14] The staff of Vice magazine stated that the album “drew the blueprint for future dance-pop.”[85] Rolling Stone ranked the album at number 50 on “The 100 Best Albums of the Eighties” list, writing: “Indeed, initial response to Madonna gave no indication of the mania to follow. It took a year and a half for the album to go Gold. But its assured style and sound, as well as Madonna’s savvy approach to videos, helped the singer make the leap from dance diva to pop phenom, and it pointed the direction for a host of female vocalists from Janet Jackson to Debbie Gibson.”