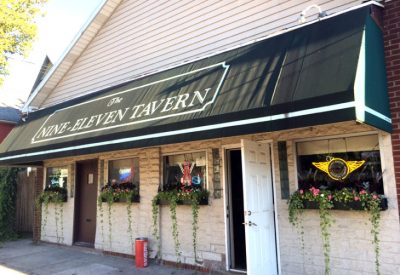 Nine Eleven Tavern is one of dozens of watering holes in South Buffalo (on Bloomfield Avenue) that offers good to wash down your alcohol.  However, as non-mainstream as this place is, as evidenced by not having their own website, their wings are anything but ordinary.

PROS: The wings, man. No need to beat around the bush here. In my not so humble opinion, no one in Western New York does wings better than Nine Eleven Tavern.  No gimmicks, bells or whistles—just incredibly good wings.

CONS: You like gambling? Getting wings here are often a roll of the dice.  It seems like they’re open when they feel like being open.  When they are, the wait can be excruciatingly long, especially if you try to hit up this place during prime diner hours on a Friday or Saturday evening.  While not bad, I wouldn’t exactly call the atmosphere overly warm either.  If you like a wide variety of wings like some spots that offer quite literally dozens of flavors, you’re out of luck.  Enter these doors and you’re getting either medium or hot wings—or you ain’t getting no wings.  Lastly if you’re from South Buffalo and/or you don’t mind divey-type watering holes in city neighborhoods you’ll be fine. However, if you like classy joints located in the safest of neighborhoods, this isn’t going to be the place for you. I’m not calling the location thug city, but you’re gonna be hitting the lock button on your car. 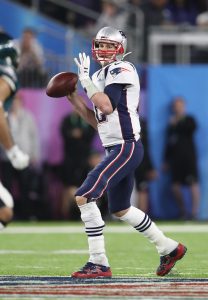 QB COMPARISON: Tom Brady. I listed several reasons to NOT like Nine Eleven Tavern. Some of them make you want to hate them.  The thing is, nobody does wings better. In the end,, isn’t it all about the finished product? I liken it to Tom Brady in that you hate every fiber of his being, especially if you’re a Bills fan. However, at the end of the day you just tip your hat and call it like it is.  Tom Brady is the G.O.A.T., as are the medium wings here.

OUTLOOK: If you’re a serious student of the wing game and want to authentically rank your favorites, you cannot exclude Nine Eleven Tavern. Doing so is the equivalent of having a list of favorite 80’s artists that doesn’t include Madonna, Whitney Houston or Prince.   Other joints have better selections and depending on your perspective a better vibe—but no one—no one does traditional medium (or hot) wings better than this South Buffalo gem.  This is my undisputed No. 1 spot for chicken wings and I have a difficult time fathoming someone knocking them off anytime soon.