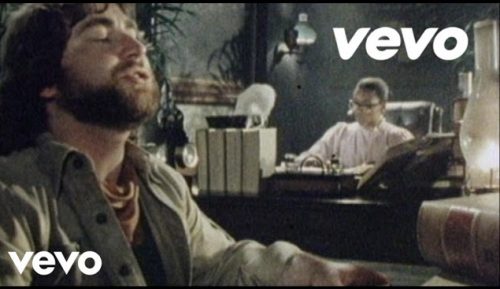 “There’s nothing that a hundred men or more could ever do.”Also, there’s also nothing that 98 other songs on this countdown could ever do to prevent Toto’s Africa from being my second-favorite song of the 1980s.

Africa is the most delightfully catchy and polished tune of the decade I can think of, and trust me I spent countless hours thinking of this list. I’m serious.  I’m not concerned with how corny people find me or having my man-card revoked over it —- Africa is as good as it gets when it comes to tunage from this era, especially  when it comes to the uncontainable chorus that’s transformed into one of the most  renowned drunken sing-along jams known to man (or woman).

While over time Africa became a party favorite for the ages the song itself is actually that of a serious nature—the tale of a man who comes to Africa and falls loves it there but then falls for a visiting woman and is forced to make a decision on if he wants to leave Africa in order to stay with her.

Keyboard player David Paich, who wrote the song said the lyrics contained a personal connection even though he’d never actually been to Africa.

In an interview with (who else) Songfacts.com, Paich explained “There’s a little metaphor involved here, because I was at the age where I was so immersed in my work, 24/7, that at times I felt like I was becoming just a victim of my work. There was a little bit of autobiographical information in there: being consumed by my work, not having time to go out and pursue getting married and raising a family and doing all the things that other people do that were my age at the time.” 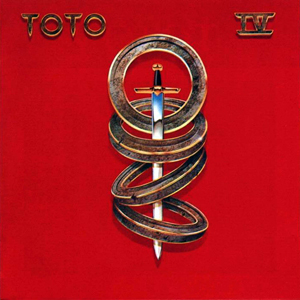 Ironically, Africa almost didn’t make their Toto IV album, which by the way would go on to win the Grammy for Album of the Year. It was literally the last song chosen to the LP.

Thank God it found its way to that album. Africa is one of those songs that felt awesome when it first hit the radio in 1982 and not only stood the test of time, but actually gets better with age.  Hand to God, I can’t remember a time I’ve played this on a bar jukebox and the place didn’t erupt for the chorus, even if barely anyone actually knows half the freegin’ words to the verses.

Chart Success: This reached number-one on the Billboard Hot 100. Duh, of course it did.  It only lasted one week at the top before Men at Work’s “Down Under” knocked it off.  It did spent 21 weeks in total on the charts and finished 1983 ranked 24th on the year-end Billboard Hot 100.

Great Lyrics: The whole “I know that I must do what’s right, as sure as Kilimanjaro rises like Olympus above the Serengeti” line is a phenomenon. I think God himself may have written that because for real, man—who comes up with stuff like that?

“The wild dogs cry out in the night
As they grow restless, longing for some solitary company
I know that I must do what’s right
As sure as Kilimanjaro rises like Olympus above the Serengeti
I seek to cure what’s deep inside, frightened of this thing that I’ve become

Fun Fact: In 2015 a website called NME ranked the 50 Most Explosive Choruses.  Africa only came in at No. 32, which serves as evidence this entire list is a bunch of bullshit. For the record the number-one song was Don’t Look Back in Anger by Oasis, which I’m embarrassed (but actually not) to say I’ve never even heard of. Ditto for No. 3 (Mr. Brightside by the Killers, 4 (Sex on Fire by Kings of Leon) and 5 (Plug in Baby by Muse).  Maybe this answers why I’m still addicted to 80s music. At least number-two (Be My Baby by the Ronettes) was a choice I can get behind.