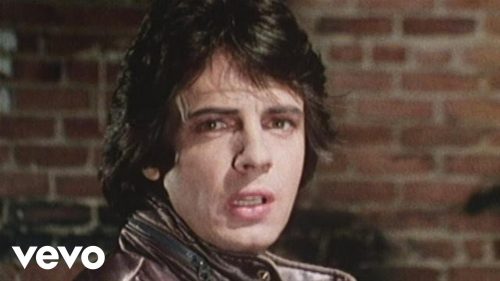 One of the biggest questions from the 1980’s music diehards always wanted to know was—exactly who is Jessie’s Girl?

Sadly it’s a mystery Rick Springfield fanatics like myself may never see solved, but thanks to my recent revelation that Songfacts.com is the greatest website on the internet, we were allowed some perspective.

In a 2009 interview with the aforementioned Songfacts, Springfield offered the following: “I don’t know her name. It was a brief relationship I had when I was making stained glass for a while. I was going to a stained glass class in Pasadena, and I met this guy and his girlfriend. I was completely turned on to his girlfriend, but she was just not interested. So I had a lot of sexual angst, and I went home and wrote a song about it. Then about 4 months later I stopped going to the class and lost contact with them. The only thing I remember is his name was Gary, so I changed the name, because ‘Gary’ didn’t sing very well. But the whole thing is absolutely what I was feeling. He was getting it and I wasn’t, and it was really tearing me up. And sexual angst is an amazing motivator to write a song. Actually, Oprah’s people tried to find her, and they got as far back as finding the stained glass guy. I couldn’t remember his name, but I said it was late ’70s; they found him, and he had died 2 years earlier, and they’d thrown all his papers out a year after that. So we missed finding out who she was by a year.”

There you have it.  Not even Springfield himself ever knew the identity of Gary’s…errrrr, Jessie’s girl.

Fascinating storyline aside, few if any were hotter than Rick Springfield in the early 80’s, and the heterosexual in me needs to clarity that by hotter I mean more popular and in demand—tho his hotness was certainly undeniable even to the most manly men (For the record I was literally 10 when this song came out).   Between his music and starring on General Hospital, Springfield epitomized cool.

Jessie’s Girl is one of the best worst pop songs I’ve ever heard in my life, and I mean that in the most complimentary manner.  Yep, it’s a pretty generic song but that doesn’t even matter— You can’t resist singing along while demonstrating your air guitar prowess and pumping a fist high into the air.

That guitar solo—It’s catchy… I mean like REALLY catchy.

It’s just that type of song, and I absolutely love it.  It’s one of the biggest pieces of chicken at the 80’s music table and you know what— I freegin love me some chicken.

Chart Success:  Jessie’s Girl went all the way to number-one on the Billboard Hot 100.  It held the top spot for two weeks before getting knocked off by Lionel Richie and Diana Ross’ “Endless Love”.  It spent a resounding 31 weeks on the charts and finished 1981 fifth on the year-end Billboard Hot 100.

Great Lyrics:  Thank you, Rick Springfield for teaching me that the word moot was actually a real term.

“I play along with the charade
There doesn’t seem to be a reason to change
You know, I feel so dirty when they start talking cute
I wanna tell her that I love her,
But the point is probably moot

‘Cause she’s watching him with those eyes
And she’s loving him with that body, I just know it
And he’s holding her in his arms late, late at night”

Fun Facts: Jessie’s Girl was Springfield’s most successful song, but by no means was he a one-hit wonder.  He had seven other hits land in the Top 20: Don’t Talk To Strangers (peaked at No. 2), Love Somebody (5), I’ve Done Everything For You (8), Affair of the Heart (9), Speak to the Sky (14), Human Touch (18) and Bop Til’ You Drop (20).  Springfield’s fame came back into focus in recent years when he had a recurring role on one of my favorite cable TV series of all time, Californication.