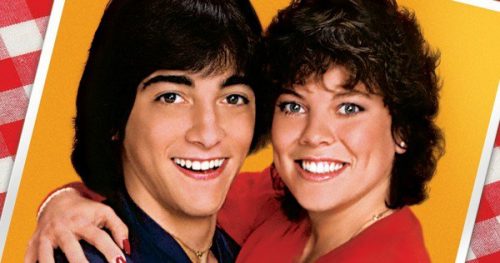 My wife’s name is Erin.  When we got married, she became Erin Moran.  If she had a dollar for each time someone sarcastically asked her if she was Erin Moran from Happy Days over the first few years we were married—she’d have plenty of dollars.

Sadly, the first Erin Moran to enter my life passed away yesterday at the age of just 56.  She was reportedly found unresponsive Saturday afternoon at her home in Indiana, and an autopsy is pending.

Growing up a young 70’s kid, Happy Days was literally the first show I remember getting into.  On it Erin brilliantly played Joanie; the sweet but rascally baby sister of Richie Cunningham.

My love for Happy Days and both the Joanie and Chachi characters had me excited as any 11-year old could be for the 1982 spinoff “Joanie Loves Chachi”.  Never mind the show completely flopping and getting yanked after just 17 episodes. I loved every one of the 17, and through this day the show’s theme song remains one of my favorites ever.

Unfortunately she suffered the same fate many child/young adult Hollywood stars endure—- being typecast as Joanie and never landing another major television or movie role.

R.I.P. to you, Erin Moran—the first Erin Moran I had love for.