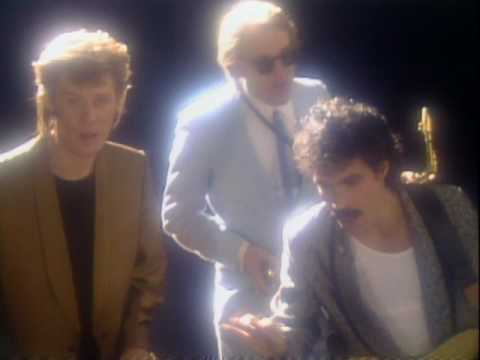 I hate starting any countdown with a spoiler, but here’s an obvious nugget to share— Hall & Oates aren’t one-and-done here over the next 100 days.

About the only thing I hate about “I Can’t Go For That (No Can Do)” is having to also spell out “No Can Do” in parenthesis. Released in 1981 this gem became the group’s second number-one hit off their acclaimed “Private Eyes” album and the fourth overall of their career.

The song even sat atop the R&B charts—a huge rarity for a white group.

According to a 2014 interview with somethingelsereviews.com, John Oates (the dude who doesn’t sing) revealed that despite most thinking the song is about personal relationships, it’s in fact about the music business and not being pushed around to do things they don’t want creatively.

According to a story lead singer Daryl Hall has told (and on Wiki so it must be true), Michael Jackson approached him while recording USA For Africa’s “We are the World” and told Hall he lifted some of the bass for his “Billie Jean” song, at which part Hall told Jackson he’s done the same and it happens all the time in the business.

Great Lyrics: (Especially after learning what the song is actually about)

“Easy, ready, willing, overtime
Where does it stop
Where do you dare me
To draw the line
You’ve got the body
Now you want my soul
Don’t even think about it
Say no go”

Fun Fact: This song ended the 10-week run of Oliva Newton John’s “Physical” at the top of the billboard charts.  Physical turned out to be the longest-running number one single of the entire decade.