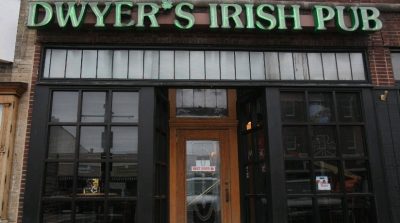 Of all the wing places I’d yet to try, wing fans overwhelmingly told me Dwyer’s Irish Pub in North Tonawanda is the place I needed to hit up. Seeing it’s popularity in web articles not to mention Twitter,  I finally made a point to take the ride and check them out. My buddy and I ordered 15 wings, hoping to split between Dywer’s and Cajun medium but were informed we needed to order at least 20 to split it up.  Being not overly hungry after trying a previous spot just a hour before, we decided on going with just the Dwyer’s medium.

So, did they live up to their considerable hype?

PROS: The wings were plenty crispy so if you like that kind of thing. you have that going for you—-and that’s about it.

CONS: The con is they’re terrible.  The heralded Dwyers medium sauce was tangy but had zero kick. Also, these wings were borderline tiny. I accept having or two miniscule wings in an order but a third of them is insultingly unacceptable. #BabyWings 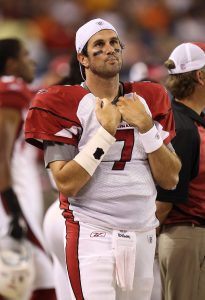 QB COMPARISON: Matt Leinart. A college stud and trendy top ten pick that pretty much amounted to squat in the NFL.

OUTLOOK: Sorry but there’s no way around it—these wings were insanely overrated. I’m quite positive Dwyer’s enthusiasts will tell me I should’ve tried one of their five million other flavors.  I’m sure they have some tasty choices and hell, with that many options you better.

I’m all about enjoying signature flavors at great wings spots—such as Elmo’s Cajun hot double dipped, Hotel Dalmatia’s Chiavetta’s Cajun or Amherst Ale & Pizza’s Crown Royal BBQ, but if you want avoid being nothing more than a gimmick spot, you better have good or at least decent traditional medium/hot wings.  For me, Dwyer’s failed miserably at that.