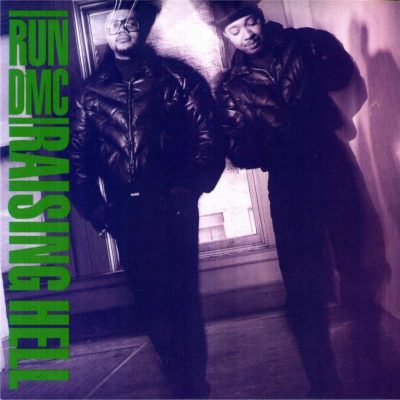 WHY I LOVED IT:  Simply put, “Raising Hell” changed the rap game for good. Younger fans of hip hop may think I’m embellishing the significance of this album but trust me, a big reason the genre is such a mainstay in mainstream was pioneered by Run DMC and a collaboration for the ages with Aerosmith. Anyone with even a minuscule of interest in rap music rap music recognizes “Walk This Way” within three or four notes.  That’s because Run DMC broke barriers by remaking “Walk This Way” with its founding fathers a dozen years after originally released. People throw the word classic around loosely but this track truly was.  I’m not sure how much, if anything Adidas ever paid the group for the duo’s “My Adidas” single but whatever the amount was should’ve been more.  Run DMC literally sent droves of people to the sneaker store to switch brands after the song became a hit.  “Peter Piper” is such an underrated rap beat.  There were many rap groups from the 80s that reached and deserved legendary status in the eyes of rap historians, but none had the genre’s influence Run DMC did.  Incredibly, this isn’t even my favorite album from them (more on that another time).

COMMERCIAL SUCCESS:  The significance of “Raising Hell” on mainstream music can never be understated. It was one of, if not the first truly successful rap album to sell commercially in mainstream pop culture, going triple-platinum, hitting the top of the R&B/Hip Hop charts and reaching number-six on the Billboard Top 200.  Of course, the remake/fusion of Aerosmith’s “Walk This Way” was the breakthrough single, becoming the first-ever rap song to crack the top five on the Billboard Hot 100, peaking at four.  “You Be Illin” reached 29 on the Billboard Hot 100 while “It’s Tricky” maxed out at 57.  That may not sound like chart smashing success but remember at the time it was almost unheard for rap songs to be planted on the Billboard mainstream charts.

About the group’s style, Joseph “Run” Simmons says, “There were guys that wore hats like those and sneakers with no shoestrings. It was a very street thing to wear, extremely rough. They couldn’t wear shoelaces in jail and we took it as a fashion statement. The reason they couldn’t have shoelaces in jail was because they might hang themselves. That’s why DMC says My Adidas only bring good news and they are not used as felon shoes.”