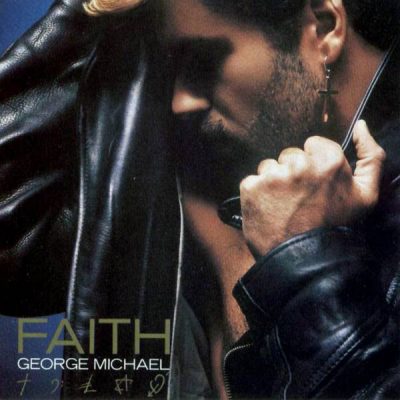 Why I Loved It: During the mid-to-late George Michael was straight fire. With a black leather jacket, an earring and the memorable beard Michael stylistically became a heartthrob to all genders. Musically moving on from Wham, Michael’s “Faith” was a more grown-up and intimate style with a perfect blend of soul, pop and plenty of funk influence. I loved this album, pretty much from the opening notes, literally when an organ you’d hear at Sunday mass is playing Wham, a pseudo homage followed by burial to Michael leaving the cheezy-pop behind. There’s so many great songs on this album and my personal favorite is “One More Try”, which is in fact deeply personal. I can go on for the tracks on this album for days but here’s the bottom line: Michael showed genius here finding pop tunes that beautifully combined different styles but still saying within the boundaries of pop.  Best of all, Michael did so without estranging a sizeable following he created up earlier while with Wham.  This is a quintessential 80’s pop album.

Commercial Success:  To keep it short and sweet, you won’t find many more successful debut solo albums than George Michael’s “Faith.”  The album hit number-one on the Billboard Top 200 on May 14, 1988 and spent six consecutive weeks at the top before Van Halen’s OU812 finally knocked it off.  Michael’s album went on to become Billboard’s number-one album of 1988 and also 43rd in 1989.  Its chart domination came on the strength of a ridiculous six top five singles and also having Michael becoming the first white male singer ever to reach No. 1 on the Billboard R&B album chart. Via Wiki (and confirmed elsewhere) I learned that “Faith” (the single) was 1988’s number-one song on the Billboard Hot 100, which along with Wham (Michael’s group previous to going solo) finishing ’85 number-one with “Careless Whisper” to have Michael finish with two year-end Billboard Hot 100 singles since the Beatles. “Father Figure” was Michael’s second number-one hit on the album and followed by a third with “One More Try.” “Monkey” would become his fourth..  Four number-ones—seriously.   “I Want Your Sex” peaked at number-two on the Billboard Hot 100. And “Kissing a Fool” only could reach as high as five.  It’s no wonder Michael went on to win the 1989 Grammy for Album of the Year.  To date “Faith” is part of an exclusive 20 million worldwide record sales club.

Fun Facts: From Songfacts.com regarding Michael’s hit single “Faith” and it’s monster success: “If you grew up in the ’80s with MTV, you probably have the image of George Michael playing the guitar in this video somewhere in your memory bank. Michael, however, doesn’t know how to play guitar and was completely faking it – something very obvious to any guitar player. Why did he do it? “Americans, if you stick a guitar on, you’ve got a bigger penis, simple as that,” he said. Limp Bizkit covered this on their first album in 1997, and for a while it was their best-known song. On their album, the song is Track 9. After it ends, a “special track” called “Stereotype Me” is heard; this special track can’t be heard if you were to hit play on track 10, the only way to hear it is to wait until the end of track 9. Limp Bizkit continued to use these special kind of tracks more on their later CDs. This was one of the first digital recordings, which allowed Michael to put the song together piece by piece. His vocal was done line-by-line, and sometimes word-by-word, as he would write lyrics at the microphone and record them on the spot. It was a very tedious process, with Michael scrutinizing every syllable, but the end result was a very polished track with the emotional feel he was looking for.”