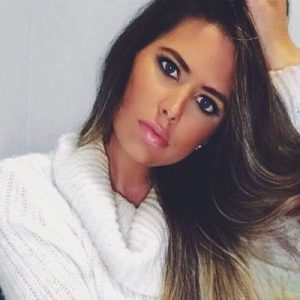 On this episode of the Moran-Alytics Podcast presented by Pulse Cellular, Patrick Moran talks with NFL Blogger and strong social media presence Lindsey OK on a variety of topics.

The two discuss Lindsey being born and raised not far from Baltimore, what got her interested in first football and later on blogging, working with Hall of Famer Ed Reed and addressing head-on a controversy Lindsey got herself into on Twitter several years ago as a youngster.

They also dive into some Baltimore Ravens talk, including Lindsey’s feelings on Joe Flacco being traded to Denver, Lamar Jackson’s passing struggles as a rookie, the departures and additions of several key players this offseason and her thoughts on new first-round draft pick Marquise Brown.

The chat wraps with a little fandom over N’Sync, dudes trying to slide into Lindsey’s DMs, the darker side of social media creepiness and her favorite thing about blogging.

After that Moran is joined by his buddy Joe (@BuffaloWins) for another installment of the “Run-In With Joe.”  Today the guys are sort of crapping on the NHL in light of Moran’s unpopular tweet on Tuesday suggesting he’d trade the Buffalo Sabres, Bandits and Bisons for a NBA franchise.

They also spend a considerable chunk of time discussing Game of Thrones, giving their takes on a final season that’s left many feeling unsatisfied, Moran goes over some show nitpicks he has before the two conclude the segment with predictions for the series finale airing Sunday night.

At the very end of the episode Moran pays tribute to Buffalo Bills super fan, friend of the podcast and friend of his in general, Ezra Castro AKA Pancho Billa, who passed away from cancer this week at the age of just 39. He’ll be loved and missed by a legion of family, friends and fans.