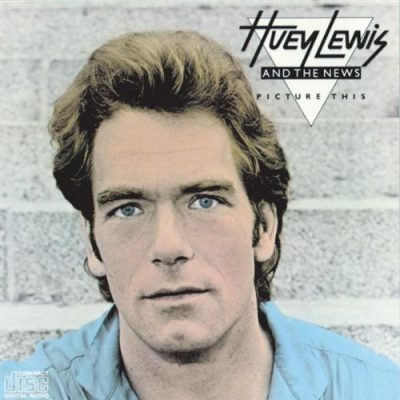 NOTABLE TRACKS: “Do You Believe In Love”, “Working For a Living”, “Giving It All Up For Love”, “Hope You Love Me Like You Say You Do”.

ALBUM MVP: “Do You Believe In Love”

WHY I LOVED IT: There’s a handful of times throughout this rundown I need remind readers this isn’t a list of the most popular or commercially successful albums of the 80s, but instead are my personal favorites. There are few, very few bands that symbolize the 80’s for me more than Huey Lewis and the News….and I love them for it.  Why wouldn’t I? They were reliably producing some of the catchiest pop tunes to hit radio waves throughout most of the ’80s, and it felt like every single they released became a big hit. That trend started with their “Picture This” album, their second studio effort that started their ascension into the hearts and ears of mainstream America. The best among the album’s singles was “Do You Believe in Love”—their first true breakthrough hit and still my favorite Huey Lewis and the News song (it was No. 48 in my Favorite 100 Songs of the 80s countdown earlier this year.)  Most critics who don’t like Huey Lewis and the News do so because they take the band so seriously. Don’t!

Take their music for what it is. Sure, it’s insubstantial and flimsy of substance but who gives a shit— “Picture This” is deliciously fun with the some of the best produced tracks of the era.

COMMERCIAL SUCCESS:  “Picture This” enjoyed moderate commercial success but wasn’t nearly as big as their next two albums would become. It spent 35 weeks parked on the Billboard Top 200 but never climbed higher than seven.  “Do You Believe in Love” was the band’s first-ever commercial hit, reaching as high as seven on the Billboard Hot 100.  “Hope You Love Me Like You Say You Do” reached No. 36 on the Billboard Hot 100 while “Working  For a Living” landed as high as No. 41. “Giving It All Up For Love” was released as a single but didn’t chart.

FUN FACTS:  From Songfacts.com, “Originally, they were known as Huey Lewis & The American Express. Their manager, Bob Brown, had them change it so they wouldn’t get sued. Lewis is very intelligent. He graduated from prep school in Lawrenceville, New Jersey at 16, and enrolled at Cornell after spending some time traveling. He didn’t last long at Cornell, as he was more interested in making music than studying.  Lewis has a very clean-cut image that was congruent with the preppy culture that said no to drugs in the ’80s. This image was a bit deceptive, as Lewis did smoke a lot of pot in his day and was never trying to be a poster boy for clean living. Lewis claimed that the best part of being famous was being able to hang out with his musical idols. A highlight was the “We Are The World” sessions, where he was up until 8 a.m. with Stevie Wonder, Bob Dylan, Ray Charles and Willie Nelson.”