I can’t think of many things more fun to do on a Tuesday night than go out for chicken wings.  Then again, I haven’t been able to think about much of anything other than chicken wings.  This trip marks an even dozen occasions over the past 17 nights I’ve indulged myself with chicken wings.  For those new to this blog and series, I’m a Buffalo guy who spent most my life in Western New York before moving to Florida roughly two years ago.  The wings in Florida are pretty much shit so when I get back in the 716 I hit as many spots for wings as possible.

Because I took wings for granted and rarely ate them when I actually lived here, and also because I’m a nerd who likes to have power rankings for literally everything, I thought doing this would be fun.

My weight, wardrobe and bank account disagree, but whatever.

Tuesday night’s excursion took me to West Seneca and the Ebenezer Ale House on Seneca Street.  Accompanying me were my buddies Larry and Casey along with my cousin, Katie.  Two of the three shouldn’t really count though, as Larry eats his wings plain because he’s on some diet shit and Katie got some sort of sandwich or something—I don’t know— I stopped paying attention to her when she didn’t order wings.

The Good: You best bring an appetite with you because these wings are freegin formidable. Put it this way, while I can possibly attribute some to wing fatigue, this is the first time in a dozen stops on this “tour” I didn’t finished my entire order.  That certainly wasn’t because they weren’t enjoyable because I flat-out liked these.  I went with Cajun-Medium despite my wife’s best bitching back home that Cajun isn’t “real Buffalo wings” and these 10 pieces of sexiness didn’t disappoint nor lack for a kick. My buddies, unaccustomed to seeing the bodily toll my face and dome go through when consuming spicy wings were having a grand time watching me (literally) sweat this session out. I made it through eight and a half wings before finally tapping out, but not before concluding these were going to make my Top 10.  Wings aside, I also like Ebenezer Ale House in regards to the vibe, including the patio (with fire pit) in the back. The prices, at least for wings were very reasonable—I believe around $10.50 for a single.  I can’t confirm that and also don’t really give a shit because “Sugar” Larry paid for me.  Our waitress was good, there seemed to be a good mixture of people on a pretty packed Tuesday there mingling it up, and I love that there’s Rusty Nickel Brewing Company directly behind it if you want to stay on the premises and try unique beers after.

The Bad: I don’t really have anything negative to say, as there’s nothing definitively bad about this place. I’m nitpicking a bit here but it took getting really lucky to get a back patio table for our party. Considering how busy this place is each time I’ve been there, it’d be cool if the back patio was bigger.  Between Ebenezer in front and Rusty Nickel in the back, parking can also be a bitch. There’s not as many spots as it seems.  That’s all I got though. 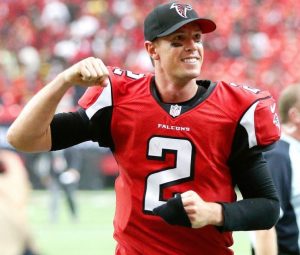 QB Comparison: I’d be remiss if not giving the credit where it’s due here, as Larry came up with this one after I laid out my thoughts on the wings.  Ebenezer Ale House is the Matt Ryan of chicken wings. When you run off today’s best quarterbacks Ryan’s rarely mention even though he deserves to be in the discussion.  He’s not quite Brady, Rodgers or Brees but the dude’s right there, man. Don’t sleep on Matty Ice.

The Verdict: Easy yes on the recommendation here.  Ebenezer Ale House is an upper tier joint for wings and the ambiance fits whether you’re eating alone at the bar (*cough* loser *cough*), hanging with a few buddies or out on date night. They’re good enough to be in my Top 10, entering the fray at seven, edging out the Big Tree Inn and Mammosers.

**UPDATE** I’ve had these a second time since this first review and they verged on being terrible. That will bump these down the power rankings, how much remains to be seen but now I feel I need to eventually hit it a third time to figure out which trip was the anomaly.