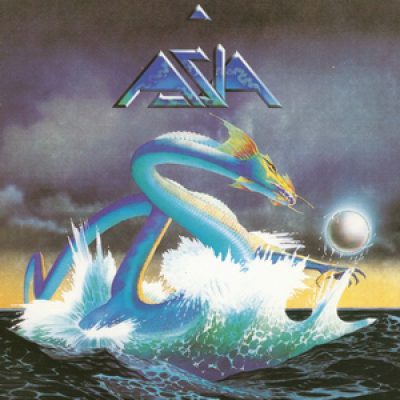 NOTABLE TRACKS “Heat of the Moment”, “Only Time Will Tell”, “Sole Survivor”

ALBUM MVP: “Heat of the Moment”

WHY I LOVED IT: From the first track of this stellar debut album it’s unmistakably apparent with this record Asia’s not trying to complicate you, get overly philosophical or leave your mind on the brink. This album is commercial-style rock, plain and simple with big choruses reiterating the song titles, stuffed with lyrics about the delicacies of relationships. The cheesiness here is inescapable and to their credit I’m not even sure Asia tried. The group became a punchline in the 40-Year Old Virgin” movie when Paul Rudd suggested Seth Rogan was gay because for allegedly liking Asia.  Whatever, dudes— “Heat of the Moment” is an essential 80’s tune.   Even if not by design the track will stay in your head the rest of the day, and we both know you won’t mind it at all. “Only Time Will Tell” is a solid second single that did pretty well commercially but always plays second fiddle because of the success of “Heat of the Moment”.  “Sole Survivor” was just alright for me, but I enjoyed “One Step Closer” and “Time Again” more than most. There’s a handful of albums that really stand out as things about the 80’s I remember more than others, and this debut album is definitely one of them.

COMMERCIAL SUCCESS:  You want true commercial success?  Asia’s self-titled debut album not only reached number-one in America but it was the top album in the United States for all of 1982. That tends to happen when your album stays at number-one for nine weeks. “Heat of the Moment” reached the top of the U.S. Billboard Mainstream Rock charts but has to settle for peaking at four on the Billboard Hot 100. It finished the year 40th on Billboard.  More important than any of that, “Heat of the Moment” placed 90th on the Moran-Alytics Favorite 100 Songs of the 80’s countdown earlier this year.  “Only Time Will Tell” peaked at eight on the U.S. Billboard Mainstream Rock charts and 17th on the Billboard Hot 100.  “Sole Survivor” cracked the top 10 on the Mainstream Rock Tracks.

FUN FACT:  In a 2014 interview with Songfacts.com, singer/bassist John Wetton discussed the process of making “Heat of the Moment”.  He said  “My big inspiration when I came out of school and college was learning Dylan Thomas’ stuff. And when I came out into the big world of music, one of the main things that hit me was Joni Mitchell. I was so shocked when I heard Joni Mitchell. The honesty of her first-person lyrics were shattering to me as an art school kid who grew up writing six-form lyrics with Richard Palmer-James for our arty school bands. And we would always be looking at someone else, making observations, pointing fingers, making judgments about other people. Never, ever looking at ourselves.

And Joni Mitchell, suddenly there she is, boom. In your face, this is how I feel. Told you about her love life, told you about her disappointments. Fuck. It was like, Oh, okay. That’s how it’s done. And it was like someone was standing there saying, “If you’ve got pain, mate, write about your own. Not someone else’s.” So it took me a little while to get into first person lyrics, but that’s where I’ve ended up. And consequently, the first Asia record was just splattered with my experiences, my emotions. Nearly every song… nearly every song on that album is personal experience.

(Sadly, Wetton passed away from cancer earlier this year).