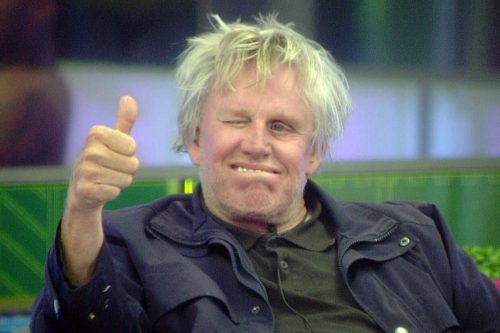 The Buffalo Sabres are pretty good when leading after two periods.  They should probably try doing that more often.  Benoit Pouliot scored the game’s lone goal in the second period and Robin Lehner made it stand up—stopping all 32 shots for his sixth career shutout in Buffalo’s 1-0 home victory over the Detroit Red Wings Tuesday night.

Too bad they can’t play the Red Wings all the time. It’s Buffalo’s fourth consecutive victory over Detroit.

I was ready for Pouliot to hit waivers after accumulating one huge pile of shit through eight games, but fortunately general manager Jason Botterill didn’t share my sentiment.  Pouliot ha scored for a second straight game while skating with Saturday’s hero Ryan O’Reilly and Jason Pominville. His goal came on a wraparound rebound following a blast by Victor Antipin, who registered his first NHL point on the play.

MVP: Is this really a question?  Lehner not only by far had his best game of the season but it was one of his performances in a Sabres uniform.

LVP: I’m a big fan of Kyle Okposo and really want the guy to turn things around, but he cant’ get anything going.  Despite logging over 16 minutes of ice time Okposo was one of just three Sabres forwards to not register a shot on net (Seth Griffith and Jordan Nolan where the others).  I hoped playing with Jack Eichel and Evander Kane would provide a much needed spark but it didn’t happen tonight. Okposo has one assist and is scoreless in eight games this season.

UP NEXT: The Sabres have no time to celebrate. They immediately head to Columbus for a nationally televised game with the Blue Jackets.