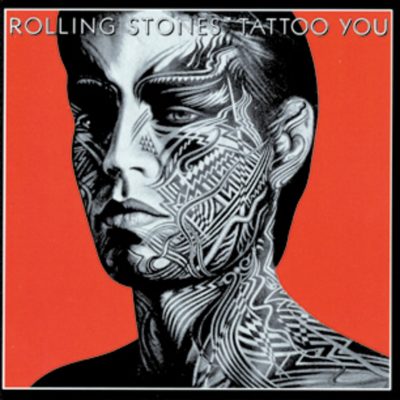 ALBUM MVP: “Start Me Up”

WHY I LOVED IT:  It’s the Rolling Stones—what’s not to love?!?! How many groups do you know capable of releasing an album erected from crumbs and leavings of former studio recording sessions and turn it into a timeless production?  By the time this album was released in 1981 the Rolling Stones were one of the precious few bands of the 60s/70s golden era of hard rock and roll to make it to the finish line and stay relevant into the MTV/Rubik’s Cube/Ronald Reagan era.  Was “Tattoo You” better than the previous 17 American studio albums that preceded it? Not by a longshot.  That doesn’t mean this effort wasn’t enjoyable.  “Start Me Up” became one the great sports arena pregame anthems to get players and fans properly amped. I want to confront all my mortal enemies every time I hear it.  It may not be my favorite Stones song but it’s easily makes my top 10.  I didn’t like “Waiting on a Friend” for quite a while but like most tunes by the Stones, it grew on me. “Slave” and “Little T &A” are underrated and catchy. For all intents and purposes “Tattoo You” was a hidden gems compilation masked as a studio album—and I’m perfectly good with it.

COMMERCIAL SUCCESS:  Despite the album being largely a collection of studio throwaways that didn’t make other albums from the 1970’s, “Tattoo You” went on to be a huge commercial success. The album sold more than 8.5 million copies worldwide including over four million in the United States and reached number-one on the Billboard Top 200 and stayed on top the United States for seven weeks.  It placed on the year-end Billboard Top Album charts both in 1981 (22nd) and 1982 (11th).   “Start Me Up” climbed as high as number-two as a single on the Billboard Hot 100 while “Waiting On A Friend” peaked at 13.  Rolling Stone magazine rated “Tattoo You” as the 34th best album of the 80s.  I think that’s a little (or a lot) high.

FUN FACT:  Courtesy of Songfacts.com guitarist Keith Richards described how “Start Me U” came about. “The story here is the miracle that we ever found that track. I was convinced – and I think Mick was – that it was definitely a Reggae song. And we did it in 38 takes – ‘Start me up. Yeah, man, cool. You know, you know, Jah Rastafari.’ And it didn’t make it. And somewhere in the middle of a break, just to break the tension, Charlie and I hit the rock and roll version. And right after that we went straight back to Reggae. And we forgot totally about this one little burst in the middle, until about five years later when somebody sifted all the way through these Reggae takes. After doing about 70 takes of ‘Start Me Up’ he found that one in the middle. It was just buried in there. Suddenly I had it. Nobody remembered cutting it. But we leapt on it again. We did a few overdubs on it, and it was like a gift, you know? One of the great luxuries of The Stones is we have an enormous, great big can of stuff. I mean what anybody hears is just the tip of an iceberg, you know. And down there is vaults of stuff. But you have to have the patience and the time to actually sift through it.”