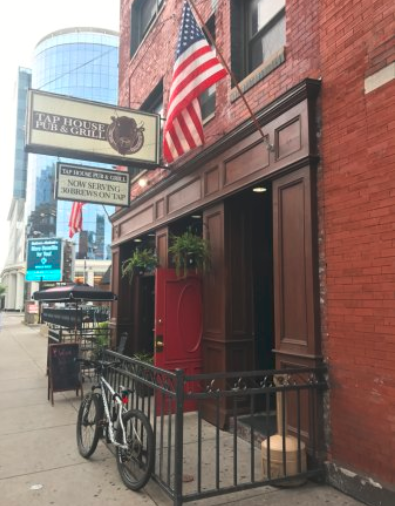 Most my wing trips are at least semi planned out.  Buffalo Tap House was definitely not one of them.  After spending a Saturday afternoon on the Hertel Avenue strip with a buddy hanging out at a couple patio bars enjoying the day we eventually ventured towards downtown.  We met up with more friends at the Tap House on their back patio area and I mean, who am I to go to a bar and not try their wings? Determined to not let a rat hovering around the back corner of the patio fence deter us, we ordered a double of their traditional medium.

PROS: If friends are over playing poker and someone brings these wings over I’d consider it acceptable nutrition for that environment.  I suppose this isn’t even really a compliment. Oh well.

CONS: Considering these are bar/restaurant wings they did absolutely nothing for me.  Ordinary as can be–nothing I couldn’t get as good or better nearly anywhere else in Buffalo. 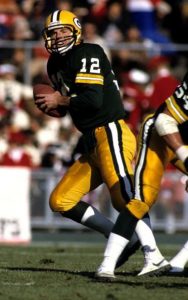 QB COMPARISON: Lynn Dickey. Not saying the man sucked I simply can’t think of a quarterback who moved the needle for me less than Dickey. Fitting because it’s exactly how I felt about these wings.

OUTLOOK: Some wing spots I consider elite while others range from great to good, Buffalo average, average and worse.   Buffalo average means only average by Buffalo standards but in most other cities they’d rank much higher. Buffalo Tap House isn’t on that level and it’s not particularly close either.

They’re your dime a dozen, run of the mill and whatever other corny metaphor you can think of average chicken wing. Don’t hate them and I certainly don’t love them— I simply don’t care.

Put them in front of my face and if hungry I’ll eat some but by no means will I go downtown seeking these out.   However, let me say this Buffalo Tap House. ‘I’ve never read claims from them or any of their fans for that matter touting the wings as anything special. It’s a  trendy spot to come hang out downtown to socialize and have a good time, very likely eat formidable food as well.  I almost feel like I’m picking a fight with a place that never claimed their wings were among Western New York’s best.  This is a cool spot and vibe—just not particularly for wings.