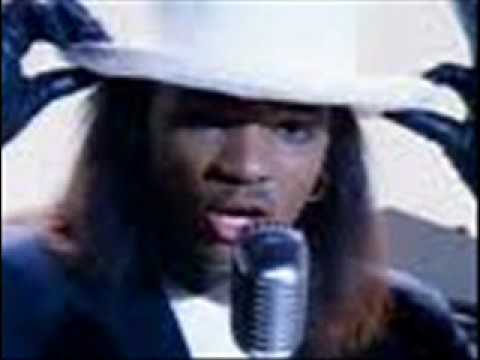 In a way, We Don’t Have To Take Our Clothes Off may be the biggest oxymoron for me on my countdown. Despite its sobering deeper message when released in 1986, all I wanted to do as a 15-year old, literally was take my clothes off. In conducting research for this series I stumped upon plenty of other 80s countdowns for comparison, including VH-1 and noticed this song wasn’t on any of them, except maybe a “worst” songs countdown

Rib me all you want and odds suggest you probably are, but this was an awesome song.  It’s lighthearted and far more fun that it should’ve ever been, yet laced with serious consequence and illness undertones.

Let’s discuss the latter first. We Don’t Have To Take Our Clothes Off has plenty to do with the 80s AIDS epidemic and is encumbered with the fear and loathing of having sex due tosexually transmitted diseases.  It’s never been revealed if Jermaine Stewart knew he was HIV Positive when he recorded this in 1986 , but he sadly succumbed to the disease about a decade later in 1997.

I don’t recall a song previous to this that flat-out endorsed abstinence. In that regards it’s a pioneer. For that reason alone it was different than anything else I was hearing on the radio.

On a less serious side, it was an innocently fun singalong favorite at parties, even if everyone I knew was hypocritically banging away by then. Personally I found Stewart’s voice a bit nasally for my taste — perhaps why he was a one-hit wonder, but I have no shame confessing I consider We Don’t Have To Take Our Clothes Off a pleasurable, harmonious slice of mid’80s pop music.

It’s fluff, but great fluff.  Trust me, I know it’s not a tune rooted in masculinity.  By comparison it makes the Carpenters look like a couple ragers.

I don’t give a shit. Any song that makes me want to bust out some cherry wine while partying all night and keeping my clothing fully intact has my utmost respect.

Chart Success:  It peaked at number-five on the Billboard Hot 100 in the United States while reaching as high as two in both Canada and the U.K. It remained on the charts for 22 weeks and finished 1986 ranked 26th on the year-end Billboard Hot 100.

Great Lyrics:  These lyrics definitively suggest Stewart wasn’t having any part of the no-pants dance.

“So come on baby, won’t you show some class
Why do you have to move so fast?
We don’t have to take our clothes off
To have a good time
Oh no
We could dance and party all night
And drink some cherry wine”