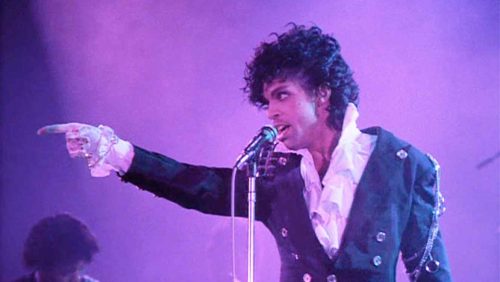 Dearly beloved. We are gathered here today to get through this thing called life. Electric word life. It means forever and that’s a mighty long time but I’m here to tell you there’s something else. The afterworld. A world of never ending happiness, you can always see the sun, day or night. So when you call up that shrink in Beverly Hills—You know the one – Dr Everything’ll Be Alright. Instead of asking him how much of your time is left. Ask him how much of your mind, baby ’cause in this life, things are much harder than in the afterworld. In this life—you’re on your own.

Look me in the eyes with a straight face and try telling me that’s not the sweetest spoken intro to a pop song, ever.

Let’s Go Crazy kicked off everything for Prince and his historic Purple Rain.  It was the first track on the album and the first track from the movie. That’s for good reason.  After the spoken eulogy of sorts on the track concludes, the vibe instantaneously goes from melancholy to must hop around and dance. In fact, not feeling good and dancing isn’t a legal option when playing this.  It’s a scrumptious piece of pop rock and funk pie you can’t get enough of.

Let’s Go Crazy is far from his most critically acclaimed work but for me really personified how generationally gifted Prince was—able to masterfully blend pop, rock, funk and God only knows what else into his music, which ranged from gospel to downright perverted at times.

And let us not forget that aside from impressively skilled vocalist, Prince was nearly incomparable in the guitar playing skills department. He demonstrates the pageantry of his craft with a lengthy solo in this song.

Chart Success:  To no surprise Let’s Go Crazy went all the way to number-one on the Billboard Hot 100. It stayed there for two weeks before getting overtaken by Stevie Wonder’s “I Just Called To Say I Love You.” It stayed on the charts for 21 weeks and finished 1984 ranked 21st on the year-end Billboard Hot 100.

Great Lyrics:  I’ve personally never seen a purple banana before but who I am to question Prince?

“Let’s go crazy
Let’s get nuts
Let’s look for the purple banana
‘Til they put us in the truck, let’s go!

Fun Facts:  Shortly after Prince died, fans of the Minnesota Wild NHL team pushed to have Let’s Go Crazy become the new celebration song played at the arena following a goal from the home team.  It was a great tribute to Prince, a native of Minnesota. It replaced Crowd Chant by Joe Satriani (whoever that is). Home state sentiments aside, Let’s Go Crazy feels like it was made to be blasted at arena sporting events.