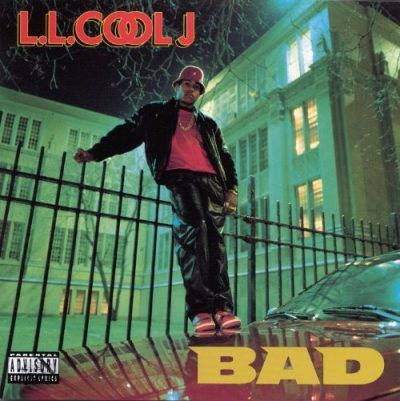 WHY I LOVED IT:  LL Cool J in general and this album specifically was very important to me in my life and my journey of loving all types of music as a teenager.  Prior to and alongside LL Cool J most my favorite rap acts (Run DMC, Public Enemy, Eric B & Rakim) rapped about the streets and/or social issues.  Along with Big Daddy Kane, LL Cool J were the first rappers I enjoyed who constantly rhymed about how dope they were. I couldn’t get enough of it.  Mind you, this wasn’t the first I had heard of LL Cool J. He’d already established himself two years previous with his debut album,  “Radio” featuring memorable tracks like “I Need A Beat”, “Rock The Bells” and “Cant Live Without My Radio”.  In my humble opinion his second effort was even better. To this day “I’m Bad” ranks among my top five all-time shit talking jams.   “So forget Oreos eat Cool J cookies”? Come on, that’s an amazing lyric! “I Need Love” may have been corny but damn it—I loved “rapping” those lyrics while it got steady play on my boom box.  Honestly, even the best albums typically contain a few tracks I hit the skip button on but not with “Bigger and Deffer.”  It’s awesome from start to finish.

FUN FACT:  Many, especially those who are just casual rap fans don’t know what LL Cool J stands for, since obviously that’s not his birth name.  It’s short for “Ladies Love Cool James.”  LL was actually born James Todd Smith in Queens, New York in 1968.  Throughout his career LL has released 13 studio and two greatest hits albums.   Of course, these days he’s far better known as an actor of films, television and the host of “Lip Sync Battle” on Spike TV.