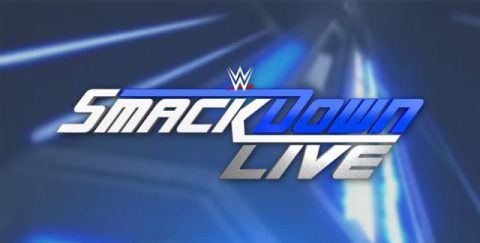 Here’s my five primary takeaways from Smackdown Live last night in Laredo, Texas.  If you want match-by-match results or expert full commentary you’re barking up the wrong tree.  These are simply five takeaways of mine based on the show.

♦ Bobby Roode is a cool robe and even better entrance music.  Sorry, but that’s all I think of him right now. I’m not as familiar with Roode as diehards who supported him on the Indy scene and decade-long run at TNA prior to WWE.  I basically only know him from NXT heel days, where I overall liked him more.  In fairness to Smackdown, making him the United States champion is a smart move.  As a face, mid card U.S. champion is probably his ceiling.

♦ Having said that, how we got to the U.S. title tournament final was uninspiring, as Roode and Jindar Mahal squaring off in the final felt overly predictable.  I was hoping Xavier Woods would upset Mahal in the semis and that didn’t happen. The result in itself was fine but the bigger issue is their match last night sort of sucked.  Mahal dominated the entire match and had me feel like I was watching Braun Strowman’s early run on Raw when he was blowing through jobbers. A lot of time was spent on Woods promos the past few weeks only to get his ass handed to him.  Roode beating Mojo Rawley was far more entertaining but never felt like Rawley would go over.   The tournament final was supposed to occur at the Royal Rumble, then got moved up to next week and finally Daniel Bryan came out to make the championship happen last night.  Maybe I’m dense but having both the semis and finals on the same night with another Smackdown left before the Rumble was puzzling.  A Dolph Ziggler return and challenge to Roode next week for the Rumble is the lone plausible explanation I arrive at.

♦ Can we please never have a six-women tag match again?! I’m so over it. Maybe it’s just me but I see zero credibility and future with the Riott Squad. Having them go over Charlotte, Becky and Naomi does nothing for me.  I hope the six-women tags wind down after the Rumble but unfortunately I see no end in sight.  More women on the roster than creative knows what to do with.

♦ Literally that’s all the matches we got last night.  Three tournament matches and women’s tag over two hours.  That’s different.

♦ A.J. Styles is the best in-ring performer in the world.  He’s not the best backstage interview.  Less A.J. storytelling/trash talk and more of him between the ropes please.

Conclusion: Smackdown Live! is in a significant slump right now.  I know the Rumble is right around the corner now but the endless selfie-style promos were annoying.  I thought Smackdown was the supposed to be the better wrestling show but last night felt like 25 minutes of a championship title match and 95 minutes of filler.  On top of everything else the Laredo crowd was pretty dead.  I don’t really blame them—this week’s show pretty much entirely sucked.   Moran-Alytics Grade: D