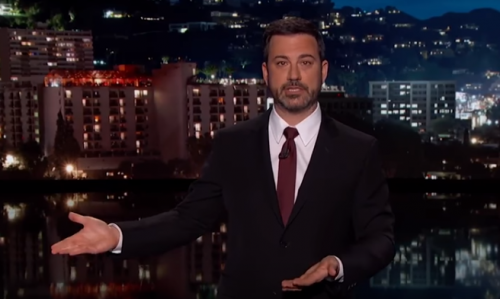 On his show Monday night, talk show host Jimmy Kimmel revealed his newborn son’s health scare/crisis during one of the most emotional monologues you’ll ever see on television.  As Kimmel told the audience before beginning, the story had a happy ending.  What he didn’t pre-reveal is his story also had an immensely serious message.

Along with heartfelt thanks to the doctors, family and friends that helped he and his wife Molly through an impossible situation, Kimmel would then segway into an influential political message that no one should ever be denied medical insurance due to preexisting conditions.

I can’t recommend you watch this enough, and you may want to have a few tissues nearby just in case you know—- get a little too close to onions.

Beautiful and inspiring words from Kimmel.