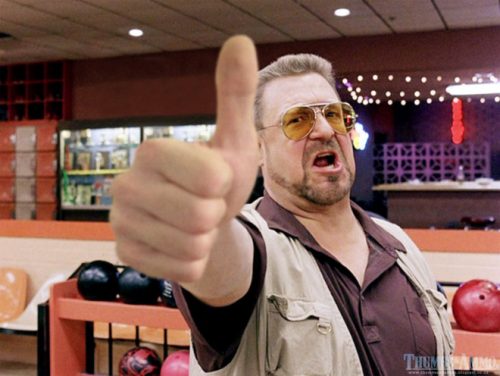 ESPN’s Adam Schefter was the first to report the Buffalo Bills have signed free agent linebacker Gerald Hodges to a one-year contract.  The 26-year old had the best year of his career with San Francisco last year—starting 12 games and making 83 tackles to go with three sacks and two interceptions.  He’s a former fourth-round pick of the Minnesota Vikings in 2013.

To make room for him on the roster Buffalo released cornerback Charlie Gaines.

Pro Football Focus had Hodges rated eighth among all NFL inside linebackers last year. He’ll compete for a starting job as the Bills weakside linebacker. Spoiler alert—the job will be his to lose.

MoranAlytics Take: Considering it’s nearly the end of May, this is a Bills addition I really like. Clearly Buffalo isn’t satisfied at linebacker even after adding Milano and Vallejo in the draft.  Potentially Hodge can have the type of impact for Buffalo Zach Brown had last year—before he mailed it in against Pittsburgh anyway.

That’s probably not good news for Humber and Brown.  Hunter has been the WLB almost the entire offseason, but that’s been on paper only.  Let’s get real here—Buffalo was never going into season with Hunter starting.  It’s also pretty clear McDermott couldn’t be less impressed with Brown.  There’s been a buzz for months Brown could be headed for unemployment before the summer’s over, especially considering the team can save nearly $1.8 million by cutting him.

Check out this Pro Football Focus graphic comparing how much more effective Hodges was than Brown last year. 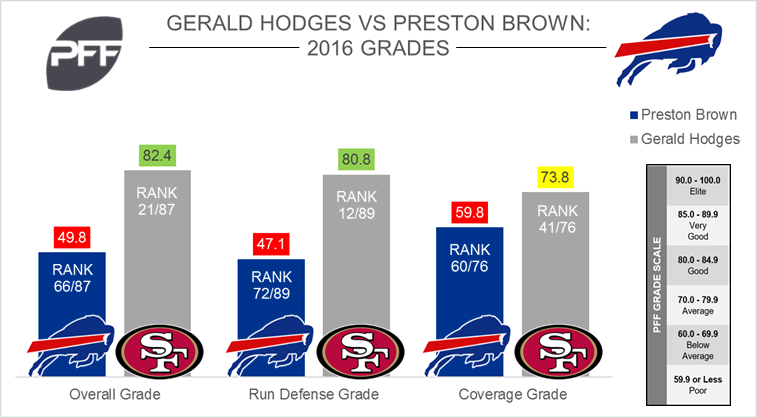 Personally I’d still keep Brown around primarily as former starter insurance should something happen to Ragland.

Regardless, I think the Bills just landed themselves a defensive starter on May 25th.  Linebacker is a position of overall weakness that improved today with Hodges in the fold.   This may be my favorite Bills free agency addition of the offseason, including Micah Hyde. Well done.