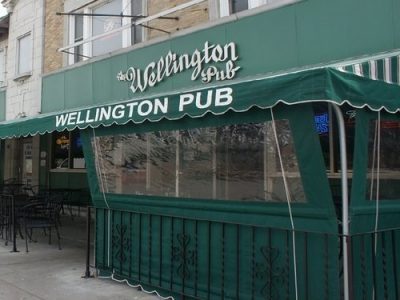 I met a friend at the Wellington Pub one week earlier and didn’t have wings, reason being I didn’t see them on the menu and assumed they weren’t available. Perhaps I should’ve read the thing a little more focused because there’s most definitely wings to be had. I went back again the following Saturday after seeing a buddy on Twitter claim they’re some of the best wings out there.   So—-is that accurate?

CONS: I don’t have a particular con to be honest because nothing stood out in negative fashion. While pretty good I don’t think they’re elite wings, if that constitutes a con I guess? 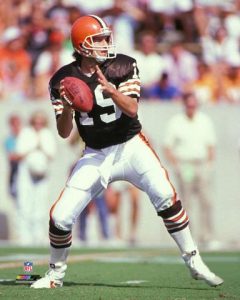 QB COMPARISON: Bernie Kosar. He was never going to win a Super Bowl but he most certainly could get your ass to the playoffs.

OUTLOOK: I’ve had wings at two other places close by on the Hertel strip, Geckos and M.T. Pockets and Wellington Pub is head and shoulders the best of the three. However, I wouldn’t go as far to call these some of the best wings in Western New York on the whole.   These are good, very good but not quite great wings. I liken them to Gene McCarthy’s in that they could dominate the neighborhood wing scene but  not quite must-have, where you’re taking a half hour ride or longer to get your hands on them.

Having said that, there’s few things more enjoyable than hitting up Hertel Avenue on a beautiful summer weekend day, grabbing a spot on the patio for people watching with a cold one and wings that’ll hit the spot nice. I absolutely would recommend these to a stranger and feel good about doing so.