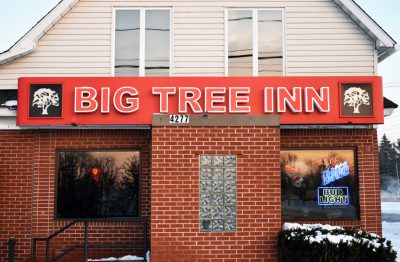 Because so many current and former Buffalo Bills as well as various sports media members can be found regularly at Big Tree, with the close proximity to the stadium a big reason why, it’s easy to assume their wings are overrated. People probably go and eat wings there because it’s right next to where the Bills play.  They probably enjoy said wings because they’re drunk from being at the game. At least that’s how I felt going in.  Were the wings overrated?

PROS: Not at all.  I was surprised if not downright impressed with their traditional medium/hot wings, which by the way are among the more meaty wings I’ve had anywhere. The sauce was tasty and the wings had a crisp without overdoing it. I never anticipated mentioning Big Tree in the same breath as some of Western New York’s heavy hitters but their traditional wing deserves to be in the conversation.

CONS: $14 bucks for a single and $25 for a double is flat-out overpriced. Also, and this isn’t necessarily a con but they’re not the best place for wings on the Abbott strip right near the stadium. That distinction in my opinion belongs to O’Neill’s. 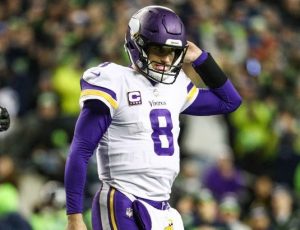 QB COMPARISON: Kirk Cousins.  He’s good. He’s more than just good.  Is he deserving of that astronomical contract? Absolutely not. I like the wings at The Big Tree Inn. I more than just like them but are they deserving of being one of the most referred places among players and media anywhere? Well yes—but not if you’re going there just for wings.

OUTLOOK: Chicken wings at the Big Tree Inn ain’t gonna win you the Super Bowl, but they’ll get you in the playoffs.   Like I said at the top, Big Tree isn’t quite a Top 10 wing spot in Western New York but they certainly deserve to be in the conversation.  If you have them I’m confident you’ll enjoy, sober or not